A new HTC smartphone for Sprint, dubbed the HTC Kingdom, has been revealed and it is not the HTC EVO 3D as many reports had speculated. 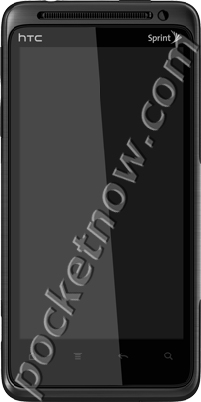 The Kingdom has not only appeared in an image but a near complete list of its specifications have leaked out as well giving us a pretty good picture as to what HTC and Sprint are cooking up for their next smartphone release.

The HTC Kingdom is going to employ a 1.2GHz single-core Scorpion processor, a 4-inch qHD display, a 5MP rear camera, a 1.3MP front facing camera, an Adreno 205 GPU, and a Qualcomm MSM7630 chipset which means it will be a CDMA world phone.

It will be a Gingerbread device with Android 2.3.3 being the operating system coming out of the box. It’ll also be a 4G WiMax phone and will support Bluetooth 3.0. All in all, the HTC Kingdom is shaping up to be a pretty nice release for Sprint which definitely needs to add some youth to its 4G smartphone lineup.

No release date or pricing details (obviously) for the HTC Kingdom surfaced.