HTC M8 Mini Tipped to Take on the Moto G

Most of our attention as of late has been on the new HTC One (M8) flagship smartphone that’s destined to be the successor to the popular HTC One of 2013. While we know tons about it already, we’re now hearing it will have a companion in the HTC One M8 Mini.

At the moment there’s no details regarding the HTC M8 Mini aside from one leak on Twitter by the famous @evleaks. One which states we’ll be seeing the regular HTC M8 followed up with an M8 Mini, just as HTC did last year. With strong competition from the Moto G in a 4.5-inch package, and the upcoming Xperia Z Compact, HTC needs to have something good in mind. 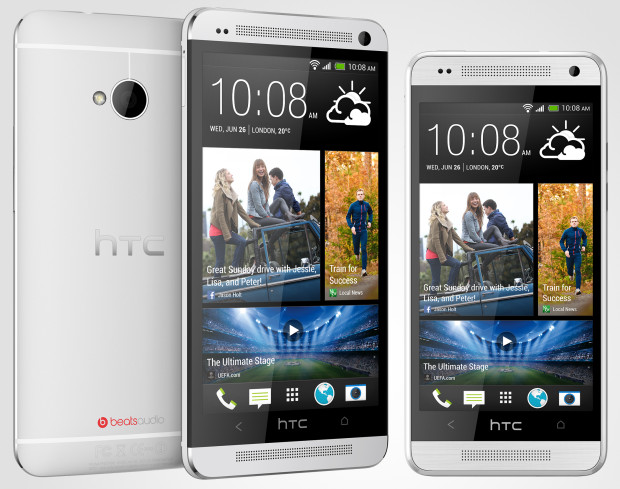 Lately all the focus has been on flagship devices from most manufacturers, but Motorola jumped in and filled that void with a medium-priced Moto X with flagship specs and features, and the low-priced $179 Moto G. HTC and others could be looking to get back into that competitive segment in 2014, and this is the first of many signs we expect to arrive shortly.

Evleaks only mentions the device name in a quick cryptic tweet, but this gives us enough information to think they’ll follow last years approach and release a Mini again. It worked last year, and hopefully they have a better price point in mind for the M8 Mini in the coming months.

Last year after the original HTC One, the One Mini arrived with a mid-range 4.3-inch 720p HD display, 1.4 GHz dual-c0re Qualcomm Snapdragon processor, 1GB of RAM, 16GB GB of storage and was overall a pretty impressive little device. Offering premium design and features in a smaller package.

The new HTC One M8 is reportedly rocking a 5-inch display, bigger battery, and a better camera for users to enjoy, and HTC could counter that with a smaller 4.5-inch Mini version for those who’d rather not use a massive 5-inch device. We have no hardware details yet, but expect them to be comparable or better than the quad-core Moto G, at least if HTC wants it to be a success.

Hopefully this year the Mini arrives around the same time as the regular version, instead of months later. We’ll update once we hear more details.