HTC M8 Photo Leak Likely Too Good to be True

With the weeks counting down to Mobile World Congress, where many are expecting HTC to announce its flagship smartphone codenamed the M8, we’re starting to get multiple leaks of the handset.

Earlier today a picture of the back of HTC’s new smartphone appeared, which had plenty of controversy around it, and now we’re getting two more photos showing the front of the black model. This phone has plenty of promise, even if the new photos revealed today are fake. Spotted by MobileTelefon we’re now getting two new photos to add fuel to the fire, amidst claims of it being fake. 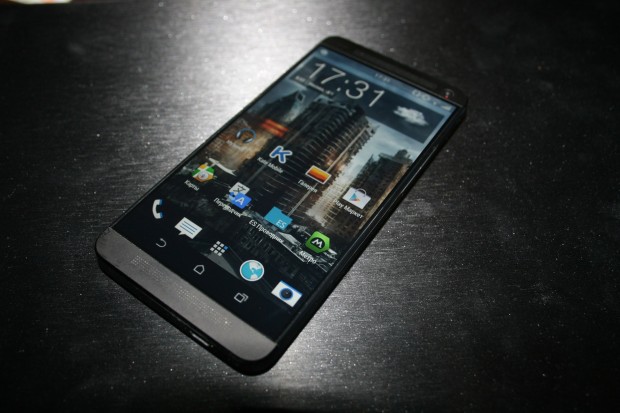 Rumored as the HTC One+, HTC One (2014) or even the HTC Two, this phone has been talked about plenty over the past few months, and we only have a few more weeks before HTC reveals all the details. Well, as long as reports and rumors are accurate about an announcement in February, and a release in late March.

Sadly there’s one problem with these new photos shown above and below. They appear a little too perfect to be real. For one, there’s on-screen keys (which has been confirmed) in one photo, but they’re completely gone in the other. If HTC does have a fullscreen mode, wouldn’t the app icons adjust location to fill the screen? There’s a lot of tweaks in the navigation bar, centered clock, and other changes which leads us to believe this is fake. The UI seems quite compressed and likely photoshopped. That, and one of HTC’s own employees seems to think so too.

Somebody has been photo shopping….

At the moment there’s no clear details as to what exactly HTC has planned, but earlier reports suggest the design will closely resemble last years model, but feature a few noteworthy changes so users will know it’s the new device. That, and there’s that odd circle on back which will support a second camera sensor or a fingerprint scanner for security.

Given the timing of the HTC execs comment above, which could be towards anything, we’re inclined to believe he’s calling out these recently leaked photos. While we can’t say for sure if these photos are real or not, there’s a good chance they’ve been photoshopped and we’ll be waiting for more details from HTC themselves. 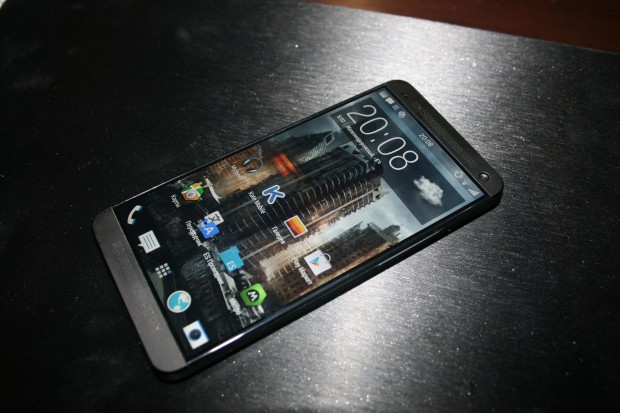 As it stands we’re still hearing a late February reveal, which could take place during the same week as Mobile World Congress where Samsung will be debuting the Galaxy S5. That should be followed by a late March or early April US release date across all major US carriers.