HTC has a new way to help users who don’t want to use a giant smartphone all the time: a Bluetooth companion phone called the HTC Mini.

The HTC Mini will come bundled with the HTC Butterfly in China (the Butterfly is the international version of the DROID DNA). The companion device connects to the Butterfly via NFC and Bluetooth, and lets users receive information such as phone notifications and SMS messages.

The HTC Mini can also send and receive phone calls. With it the 5-inch Butterfly can remain in a pocket or a bag while the user talks to their friends and family with what looks like an old candy bar feature phone. 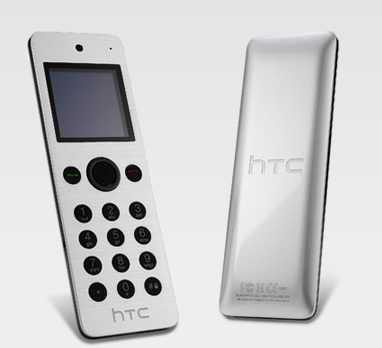 HTC Mini is a companion device for gigantic smartphones.

When not in use for phone calls the HTC Mini can also act as a remote for the Butterfly when connected to a HDTV, or as a remote shutter button for the camera app.

The device also has a phone location feature so users can use it to find their HTC Butterfly. From the feature set, HTC almost seems to expect users will also have the HTC Mini on them, and not the Butterfly. By that logic, HTC expects users to stare at the small screen on the companion device more often than the 5-inch 1080p display of the HTC Butterfly.

A device like the HTC Mini can have a use as smartphone get larger and larger. Rumors say the Samsung Galaxy Note 3 will have a 6.3-inch display, Sony’s next smartphone could have a 6.44-inch display and Huawei recently debuted the gigantic Ascend Mate at CES with a 6.1-inch display. Those phones aren’t easy to carry, and a small device that has some functionality will make the devices easier to use for many users.

The HTC Mini could even be useful for some users who find non-phablets like the Samsung Galaxy S3 and Sony Xperia Z too large for their hands.

As The Verge points out, there’s also an argument that instead of producing companion devices, smartphone manufacturers could try to make more powerful devices in smaller packages. The iPhone 5 is Apple’s flagship phone and it has a 4-inch display whereas most other flagship phones have displays around 4.7- or 4.8-inches.