Google’s impressive Nexus 5X and Nexus 6P smartphones are starting to show their age, which is why we’re already starting to see rumors of multiple new Google smartphones for 2016. We say Google phones because the latest rumors suggest Google will ditch the “Nexus” branding and release two all-new Pixel smartphones in October. Read on for all the details.

In 2015 Google released two smartphones for the first time in history, and no Nexus tablet. Those being the LG-made Nexus 5X and the Huawei Nexus 6P. Both phones were pretty great, and eventually instead of a Nexus tablet we got the Pixel C. Something similar could be in the works for 2016.

For months on end we’ve been hearing and seeing rumors that Google and HTC are at it again, working on two new HTC Nexus smartphones for later this year that will run Android 7.0 Nougat. However, sources now state the search giant will ditch the HTC and Nexus branding, and call these the Pixel and Pixel XL. One being the 5-inch phone, and another being 5.5-inches. We’re hearing these will be announced on October 4th. 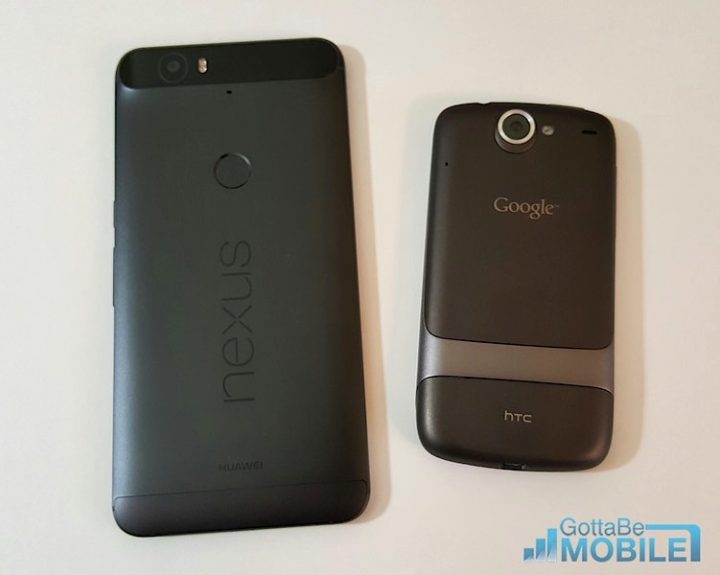 Back in June leaks from AndroidPolice claimed to know some of the final details surrounding the new 2016 Nexus phones from Google and HTC. Their source suggests the phone will have a 5.5-inch 2560 x 1440 Quad-HD AMOLED display, a powerful Quad-core processor (Snapdragon 821 or 823) with 4GB of RAM, 32 or 128GB of storage (the only two options) a better 12 megapixel camera, decently large 3,450 mAh battery and more. Basically a device similar to the HTC 10 with a bigger screen and battery closer to the size of the Galaxy Note 7. Google will also add some extra features on top of stock Android to differentiate these from others on the market, and give their new Pixel phones more of an identity.

Their latest information suggests this will be called the Google Pixel XL, while the smaller 5-inch model we’ve been hearing rumors about will simply be called the Pixel. Those names are new, but all the information, leaked photos and details in the link below still apply.

Read: HTC Nexus Release: Everything We Know So Far

Back in April famed leakster @evleaks backed up these claims, confirming HTC is building two devices that will run Android N. Notice he doesn’t say building two “Nexus” phones, although does hint towards that at the end. We know they’re coming, we’re just not sure how they will be branded and sold. AndroidPolice seems to think these will be sold by Google, and offered by carriers as well.

Since then AndroidPolice has continued to receive extra details regarding the smaller 5-inch HTC/Google phone for 2016. According to them it will have a 5-inch 1080p HD display (slightly smaller than the Nexus 5x) but have a powerful Quad-core processor with 4GB of RAM (not 2GB) and the base model may come with 32GB of storage instead of only 16GB.

The leak continues to state it will have a similar but likely improved 12 megapixel camera on the back and 8MP front, USB Type-C, rear fingerprint scanner, a 2,770 mAh battery, and bottom facing speaker(s). From the sounds of it this new phone will closely resemble the Nexus 5x from last year but be slightly better in most areas, and likely made out of aluminum. Both the Pixel and Pixel XL will be nearly identical in every aspect, although one will have a smaller screen and battery to hit a more wallet-friendly budget. If these are Pixel phones, we may see the popular Pixel LED lightbar. 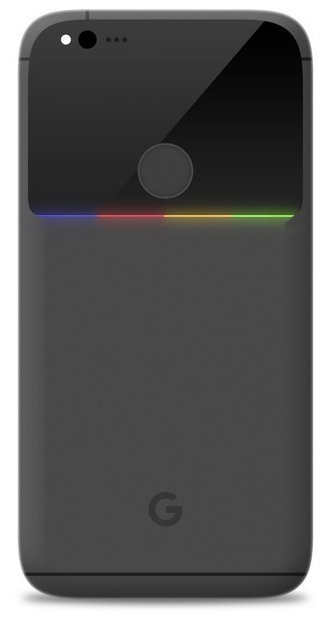 HTC makes some amazing smartphones, but the software is always covered in Sense UI, similar to Samsung’s TouchWiz, which many don’t like. However, the new HTC 10 runs nearly stock Android, and is one of the better phones available this year. This was believed to by why Google chose them to create new Nexus phones for 2016, but if the phones don’t have any HTC branding at all, there isn’t much benefit for the struggling company.

At the end of the day it looks like Google could move away from the “Nexus” line and will instead shift to an entire lineup of Google Pixel devices. We have the high-end Pixel Chromebook, the stunning Pixel C Android tablet, and now two new Pixel phones coming in October. Add in those rumors about two new Google Smartwatches, and the company could have a full portfolio of Pixel devices by years end. Let us know what you think in the comment section below. If October 4th really is the release date, we should know more soon enough.