HTC Omega Windows Phone Gets Caught in the Wild (Photos)

We’ve already heard quite about the HTC Omega, a Windows Phone device that we expect HTC to unveil on September 1st, but until these photos leaked out, we hadn’t seen it show up in the wild. Before today, we had only seen it show up in a render. The photos come courtesy of an Algerian auction site called OuedKniss and appear to show the white/gray device in all of its glory.

Some rumored specifications come along with the photos as well. It’s supposedly going to pack a 512MB of RAM, Snapdragon MSM8255 1.5Ghz processor, 8MP rear camera, 8GB of internal storage, and a 3.8-inch LCD display. 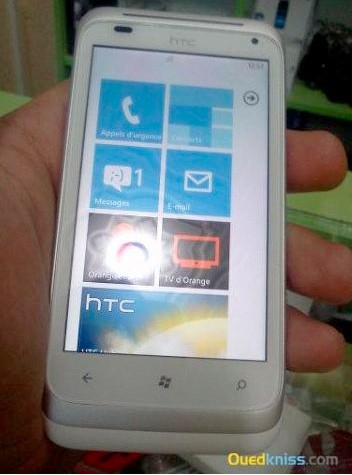 Previously, we had heard that it would be rocking a 3.8-inch display. We also can see that yes, it will be coming with a front-facing camera with an unknown pixel count.

We’ve also heard that it might be called the HTC Radar when it arrives. So, a lot of mysteries here surrounding the HTC Omega but luckily, we should see the phone announced in just a couple of days to clear it all up. 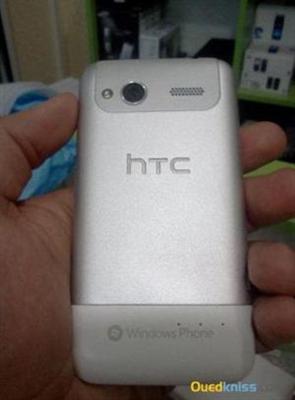 That being said, anyone interested in this? It looks great but I just wish the specs would were beefed up a bit more. Let’s hope the HTC Eternity arrives with some beefier specifications.

Via: Engadget via Mon Windows Phone