Earlier this week HTC and AT&T finally got their acts together and released the HTC One Android 4.4.2 Kit Kat update that brings with it a new version of HTC Sense 5.5. The update offers some nice changes, but the phone features took a couple of steps backwards with a disappearing app, a camera issue and some minor changes that might annoy users.

In various places around the operating system we see some minor changes. One example includes a new settings icon in the pull-down notification area.

HTC Sense 5.5 comes with lots of tiny changes like this updated icon.

When a user connects to a public Wi-Fi hotspot that requires the user to agree to some legalese before logging on, the new interface now shows a button in the notification area. This is a big improvement for those of us who frequent places with Wi-Fi. 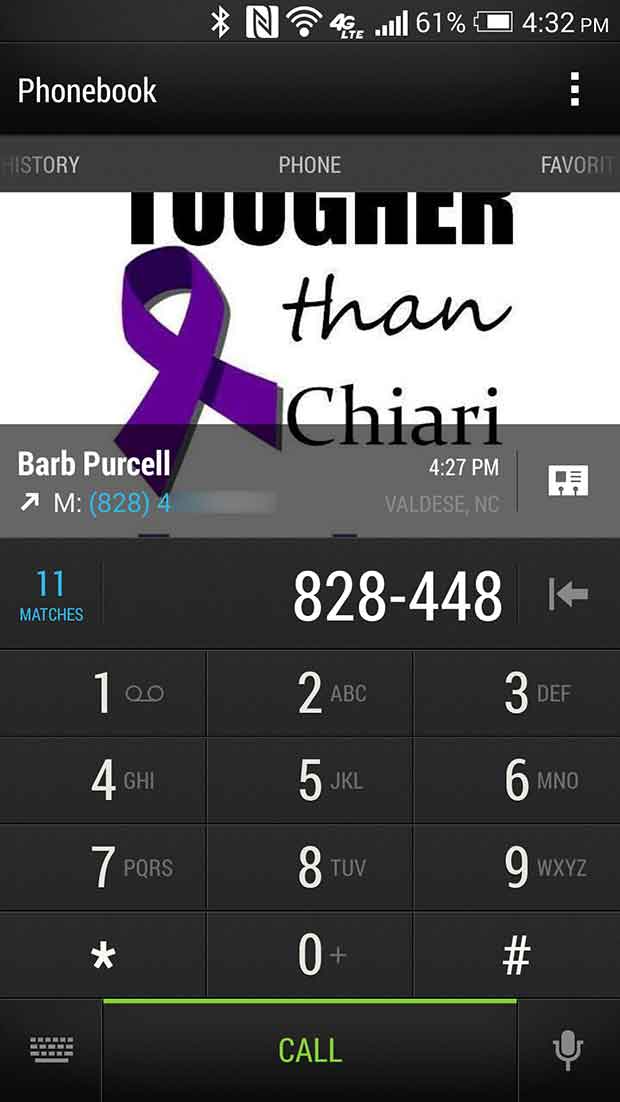 Now users can find contacts faster. A user’s contacts list shows the most used contacts at the top.

A couple of other simple improvements include quickly adding widgets to the Lock Screen by swiping left and tapping the plus icon (see above). We also like the built-in printing feature that makes it simpler to print photos, documents and more from a phone.

The HTC One will create a Highlight from images or videos taken at an event. It picks a theme and adds some music. Now there are new themes and users can add their own music. However, if you liked the old themes, too bad. They’re gone!

In addition users can add links to favorite photo sharing sites like Facebook, DropBox, Flickr and Google Drive. See images saved on those sites from within the app. 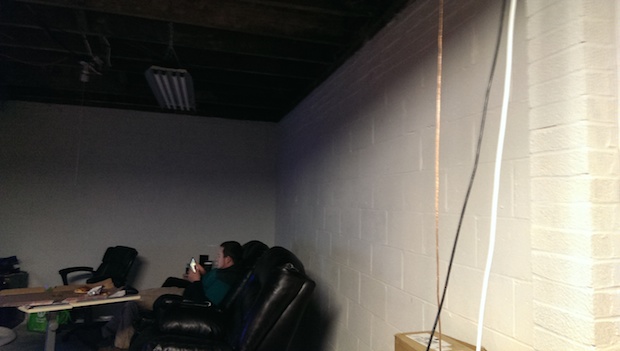 Notice the slight purple hue in the upper part of this image taken under low light on a HTC One after the Kit Kat update.

Unfortunately, a few users discovered a degradation of the HTC One camera, which normally shoots nice video and images. Some people see a purple hue in their images. This isn’t a new issue for the HTC One, but phones that didn’t suffer from the problem now do, including mine. Users report that HTC replaced their phone so contact HTC if the update messes up your camera. 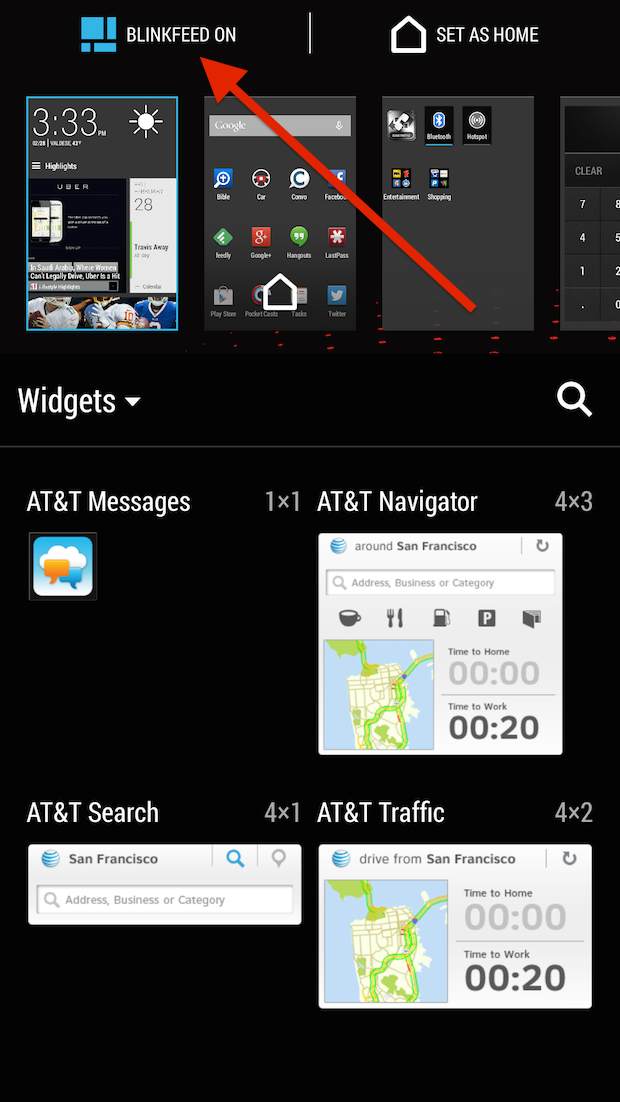 User can now easily turn off the annoying Blinkfeed. Pinch in with two fingers to show the option. Tap to turn it off.

Blinkfeed shows up when users hit their HTC One home button. HTC changed the menu of news and social sites offered. Many don’t like the feature and now they can turn it off. Pinch in with two fingers and tap on the Blinkfeed ON/OFF button at the top left as seen above. HTC may not like this, but a lot of users will.

HTC makes a great car dock that holds the phone perfectly on a dash or windshield. Before the update inserting the phone into the dock automatically launched HTC Car. The app offers a customizable grid of easy to use icons and the time, date and weather. One hardwired app launches the tunein app which streams radio. 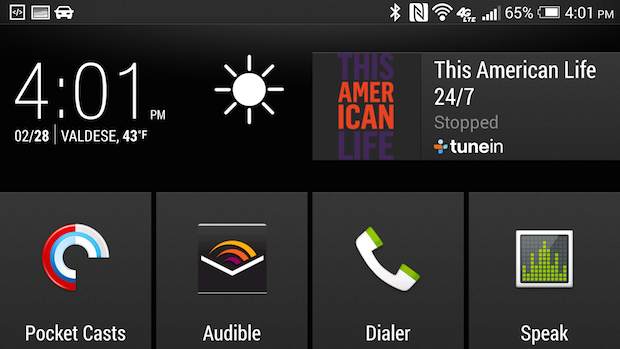 The HTC Car app offers a nice interface while driving.

The update breaks this functionality, removing the Car app’s icon. After reaching out to HTC, they offered no solution or acknowledgement. We’ll update readers if that changes.

A workaround brings the app icon back, but doesn’t launch it automatically. Download QuickShortcutMaker from the Play Store. The free app will show the Car app under the Applications tab. Tap it and hit Create. This puts the app icon on the Home screen. Now the user can launch the app manually.

HTC claims power enhancements should improve battery life. I noticed no difference since updating. If anything, my battery drained quicker, but that could come from using it more after the update to get used to all the changes.

The update to Android 4.4.2 and HTC Sense 5.5 brings some nice little changes. There’s nothing revolutionary that makes the HTC One drastically better. However, it gives us hope that the upcoming announcement of the updated HTC One M8 will offer even more improvements to make this again one of the best smartphones available on with Android 4.4.2 KitKat.