The Developer Edition of the HTC One has returned to HTC’s online store.

The HTC One Developer Edition had been out of stock since Thursday. Currently HTC is taking pre-orders, with the device’s page noting that additional stock would be arriving April 23rd.

Physically the device is identical to the variants being sold to customers of AT&T and Sprint, however it’s firmware allows it to be used on any carrier that a user deems fit -as long as that carrier supports it’s built in wireless technology and SIM card. The device’s unlocked bootloader also makes the device ideal for users looking to customize the Android 4.1 Jelly Bean operating system that the HTC ships. The edition has 64GB of onboard storage and is $649.99

Read: HTC One Software – Hands On with HTC Sense 5

Users looking to pick up a carrier discounted HTC One will have to contend with the Sprint and AT&T variants which are also available for order online.

Both of those variants are currently priced at $199 for the 32GB version, but AT&T has sweetened its deal since announcing it’s pre-order.  Those who purchase the HTC One before April 18th and sign a two-year service agreement will receive a free HTC Media Link HD Wireless HDMI Adapter. 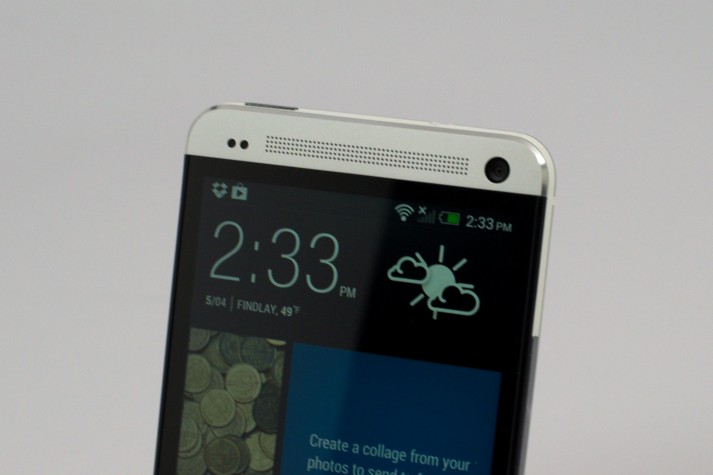 The HTC One will start shipping April 16th in the U.S.

That free Media Link adapter, allows users to wirelessly stream content from their HTC One to their television with just a few button presses. No HDMI cables or audio in cables needed. The HTC One will begin shipping at AT&T on April 16, while Sprint users will be able to grab their version on April 19.

There are rumors of the HTC One making its way to Verizon Wireless customers, but so far there’s been nothing concrete from the carrier itself.

Read: Verizon HTC One Said to Be in Testing

According to LlabTooFer, who has provided accurate guidance in these matters before, Verizon’s version of the HTC One could ship with Verizon’s Droid branding, but include specifications nearly identical to the HTC One. Those specifications include a 1.5 GHZ Snapdragon 600 quad-core processor, 4.7” display with a resolution of 1080p, HTC’s UtralPixel camera sensor, 2GB of RAM, and Android 4.2.2. This device would also run HTC Sense 5.0.

In GottaBeMobile’s first impressions of the HTC One, Josh Smith found the HTC One’s aesthetics to be impressive saying,

“It’s easy to get caught up in the latest Android phone to hit the market, but the HTC One is one of the best looking Android phones that has come across my desk in the last few years.”

The HTC One’s all metal design may push Samsung to make a Galaxy Note 3 with a metal design according to an insider who claims an all metal Samsung Galaxy S4 prototype was attractive, but Samsung was not able to manufacture it in time for a Galaxy S4 release that matches the HTC One.