With the Samsung Galaxy S5 now official, all attention will be on HTC as the company prepares to announce and release the successor to the HTC One from 2014. Called the “All New HTC One” according to latest reports.

We’ve seen countless leaks over the past few months, as this phone has been one of the worst kept secrets as of late, and today we’ve received a few more courtesy of HardForums. These new photos don’t show anything we haven’t seen in press photos, but images of the actual device are always welcomed ahead of the release. Below is a look at the matte gray HTC One, which should be listed as silver when announced, and the leakster shared a few details as well. 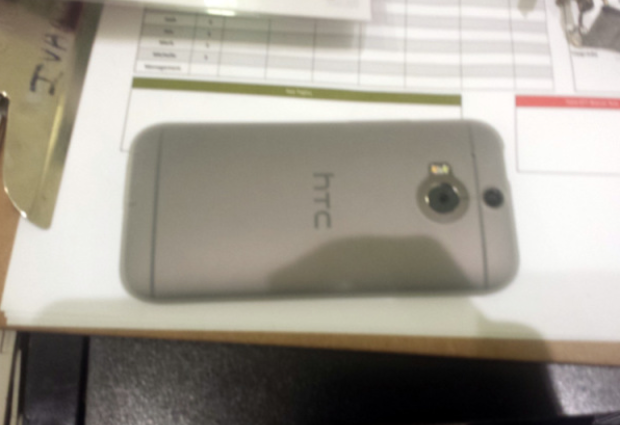 As we all know, the new HTC One will be announced on March 25th, and the company’s been releasing teasers as of late. Not to mention taking shots at the newly unveiled Galaxy S5, promising to One-up the new Samsung device.

This leaked device is reportedly an evaluation model from HTC, one that’s still running some early prototype software. As a result some of the features still weren’t fully working, like HTC Zoe and a few other glitches, but overall the leakster claims it’s extremely fast.

Previous rumors had the new 5-inch 1080p smartphone coming with a new quad-core processor, 2GB of RAM, and dual cameras on the rear. While those weren’t confirmed here, the leakster does state the front camera is 4 megapixels, not the rumored 5 MP. However, they said it took excellent photos, and was overall a blazing fast and fluid device, even with beta software. 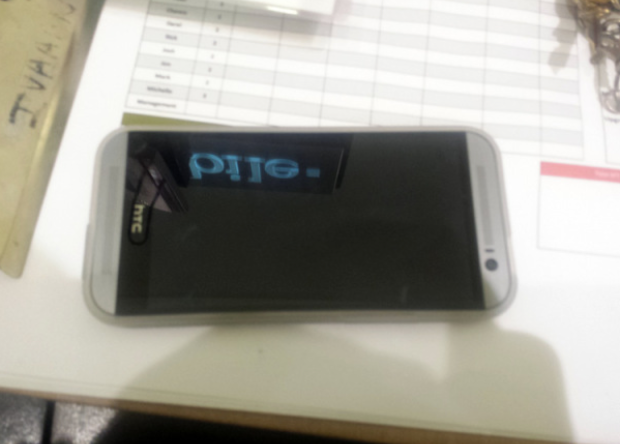 With the Galaxy S5 now official, the March 25th announcement for the HTC One can’t come soon enough. These two device will be going head-t0-head all year long, and it will be interesting to see what HTC does to differentiate themselves from the competition.

Sadly this report didn’t come with any details on that dual-sensor rear camera, but we’ll be learning more soon and probably be treated with multiple leaks before the announcement late next month. We’re expecting a mid April launch on all major US carriers.