The all new HTC One (M8) is now official and readily available, however those who love the smartphone but want a stock Android 4.4 KitKat experience, Google has you covered.

As expected Google and HTC announced the all new HTC One (M8) will be available in a Google Play Edition. Offering the same smartphone and hardware running a stock vanilla version of Android built as Google intended, rather than running a custom software skin or overlay from HTC, called Sense 6.0.

Read: Why The HTC One (M8) Google Play Edition is Worth Waiting For 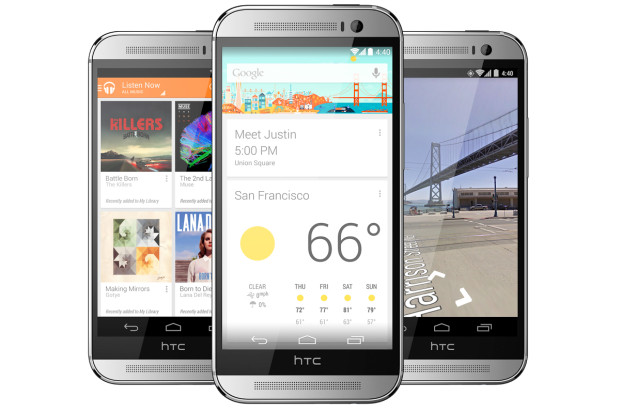 This afternoon Google changed the Play Store listing, confirming the HTC One (M8) Google Play Edition will begin shipping on April 15th. Just five days after all major US carriers and partners abroad will start offering the device in stores. It comes at a heavy price, but may be worth it to many.

This all started last year with the Galaxy S4. Google took the stage at its annual developer event and announced a fully carrier unlocked Galaxy S4 with the exact same hardware, but running stock Android 4.3 Jelly Bean, instead of Samsung TouchWiz. HTC quickly followed, and then Sony, LG, and Motorola. This year we’re being treated to the same thing from HTC, and rumors suggest Samsung will follow, but there’s no sign of it. 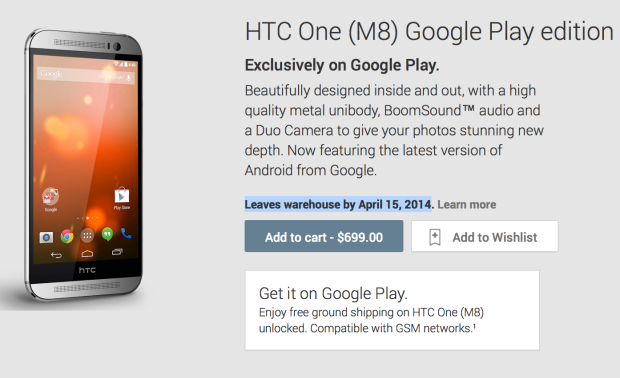 The new HTC One (M8) Google Play Edition will begin shipping on or before April 15th, beating Samsung to the punch. In fact, Samsung’s Galaxy S5 won’t even go on sale from carriers in the United States until April 11th, and we doubt they’ll be as quick to offer a Google variant as well.

At the moment there’s zero confirmation that Samsung will actually be offering the new Galaxy S5 in a Google Play edition running stock Android 4.4.2 KitKat, but if they want to continue the trend, and compete with HTC, they’ll need to confirm more details soon.