The HTC One M8 with Windows, the much rumored new HTC device that pairs the body of the HTC One flagship from earlier this year with Microsoft’s Windows Phone operating system, could arrive as soon as August 19th.

A recent report from WP Central and a tweet from The Verge’s Tom Warren indicate that HTC has sent out press releases for an event in New York City on Tuesday, August 19th. The event will talk place in New York City at 10am.

The invitation itself doesn’t drop a lot of hints about what attendees might see at this HTC Press Event on August 19th. That being said, that WP Central, which entirely focuses on the Windows Phone ecosystem, received a press invite at all strongly indicates HTC has plans to announce at least one new smartphone running Microsoft’s Windows Phone 8.1 operating system. Warren’s tweet outright confirms that he expects the HTC One M8 with Windows to make an appearance at the event He’s been pretty accurate about developments in the Windows Phone ecosystem so far. 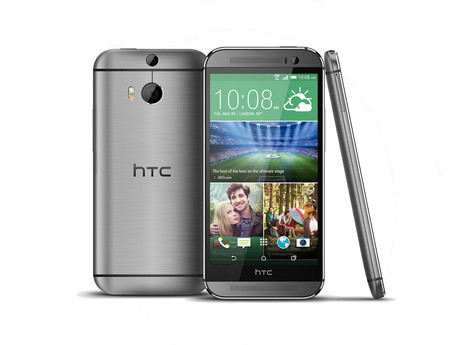 That it is the HTC One M8 with Windows that HTC shows off at its press event is key. Microsoft has a huge whole in its own line-up of Windows Phones. There aren’t any new Windows Phone 8.1 devices that compete against the iPhone or devices running Android in the flagship space. The closest thing to them are the Lumia 920 and the Lumia 925. Both of those devices are over a year old and starting to show their age. Internationally there’s the Lumia 930, however in the United States it’s known as the Lumia Icon. The Lumia Icon is strictly for Verizon users.

Read: Rumors Heat Up for HTC One W8 in August

Word is that all the software features that make the HTC One M8 with Android unique will be present in this device. That includes the two rear-facing cameras with depth effect. Whether HTC has created Windows Phone versions of BlinkFeed, TV and the Zoe app that lets users capture video highlights remains unclear. To be clear, restrictions prevent HTC from changing the user interface on Windows Phone, but the company can bundle its own apps and services.

Microsoft has also added little touches that make it easier for device makers like HTC to customize their user’s experience. The Windows Phone 8.1 Update that Microsoft announced today and will release to developers next week includes support for covers and cases that sounds a lot like the Dot View case that the HTC One M8 users can purchase today.

Users hoping for other devices from HTC at this event will likely be disappointed. It doesn’t appear as if any websites who cover Android smartphones and tablets were invited to the event. There also haven’t been rumors of any other upcoming HTC Windows Phone devices.