The HTC One lost an important spec this week as the HDR microphone disappeared from the HTC One specs list. At this point it’s not clear if HTC One shoppers will suffer from the spec change.

HTC made a big deal about the advanced microphone in the HTC One leading up the release of the device. The HTC One users two dual-membrane microphone is capable of recording audio with a focus on specific parts of the audio, which it can then combine to deliver sound free of the distortion and hiss that are common with many microphones in consumer devices.

Xda developers forum members spotted the change in HTC One specs, which removed the HDR microphone listing in all regions. Here is the current HTC One spec page and an archive showing the HDR Mic spec. 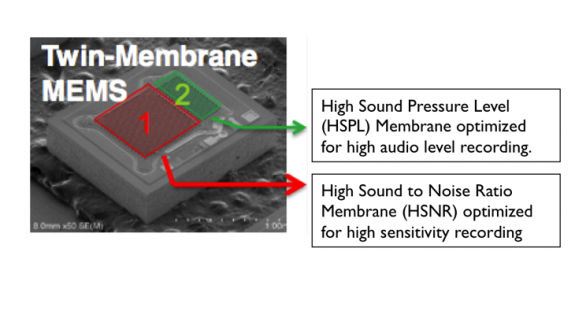 The HTC One HDR mic goes missing and HTC is silent on the quality of the replacement.

In a trio of blog posts HTC highlighted this capability, and Gotta Be Mobile’s resident concert-goer Adam Mills shared in on the excitement that the HTC One could be the perfect smartphone for concertgoers.

With a sound difference like this, potential HTC One shoppers certainly want to make sure they get a HTC One with dual-membrane microphones, but a recent injunction is preventing HTC from buying any more of the microphones from their supplier. The supplier is in an exclusive agreement with Nokia, but did not inform HTC. HTC is able to use the remaining stock of microphones, so the HTC One on shelves right now and in the near future will use the same microphone as in the video example above.

When asked about what this means for consumers HTC provided the same statement issued earlier this week, but could not add additional information about the HDR or dual-membrane feature of the “improved microphone design”.

There’s a healthy debate in the xda-developer forums about HTC’s ability to use a similar microphone after the current stock is depleted. After making such a big deal about the technology HTC will no doubt want to license the technology from Nokia or to find an equivalent dual-membrane microphone, but he company is not commenting on what shoppers can expect.