The HTC One release approaches as HTC ramps up the hype for the HTC One Ultrapixel camera in the form of several high-resolution HTC One photo samples.

HTC is playing up the HTC One Ultrapixel camera big, something it’s been doing since the launch event in February, and in addition to the HTC Zoes photo samples we previously shared we now get a look at several HTC One photo samples at a higher resolution.

Keep in mind that HTC handed the HTC One off to several professional photographers to get these photos, so it’s not exactly the results that end users might see, but it illustrates what the HTC One camera is capable of.

On the HTC blog, we get a look at four HTC One photo samples from professional photographers Erik Krebs and Rick Takagi. According to the HTC blog moderator the photographer took these images and uploaded them directly from the HTC One, with no Photoshop involved.

Let’s take a closer look at the HTC One photo samples, and what HTC wants to show off with each image.

In the HTC One photo sample below, Eric Krebs captures a quarter bouncing off a mirror, sending colorful dust flying. Capturing a shot like this is no doubt tricky, but HTC claims the ability to capture eight frames per second makes it possible. 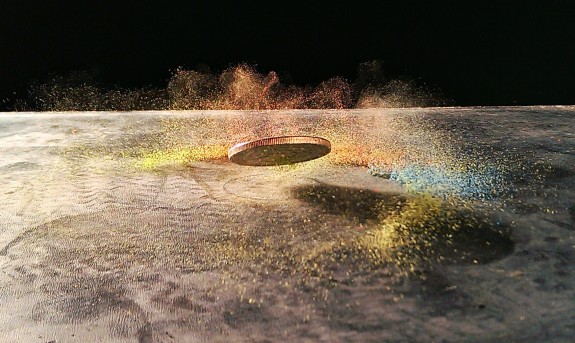 HTC One photo sample showing off the ability to capture eight frames per second.

The company points to other cameras capable of capturing four and eight frames per second costing $1,000 and up. By capturing multiple frames the HTC One user can pick just the right shot.

In the second HTC One photo sample, we get a look at the detail a HTC One can deliver. This macro shot of a pile of marbles shows off the slight bokeh, or ability to bring the focus to the front marbles while the background is slightly blurred. A good bokeh can help draw a viewer’s eye to the focal point of a photo. The iPhone is also capable of delivering a bokeh affect, so keep in mind this is not a HTC One exclusive feature. 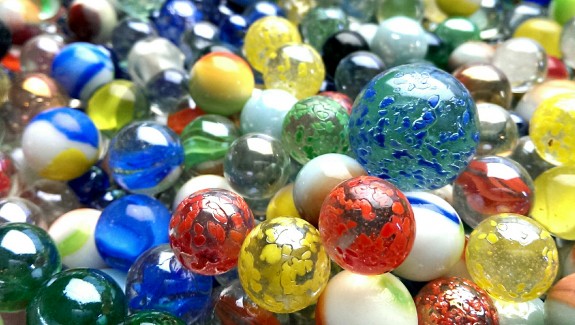 An HTC One photo sample showing off the macro capabilities and bokeh on the HTC One.

Rick Takagi delivers a great looking photo of a child taken with the HTC One, as shown below. The caption for this image on the HTC blog highlights the ability to adjust the exposure, contrast, saturation, sharpness, ISO, white balance and more on the HTC One to take the best looking photo. The HTC One also lets users tap to select light metering, to further control the photo. 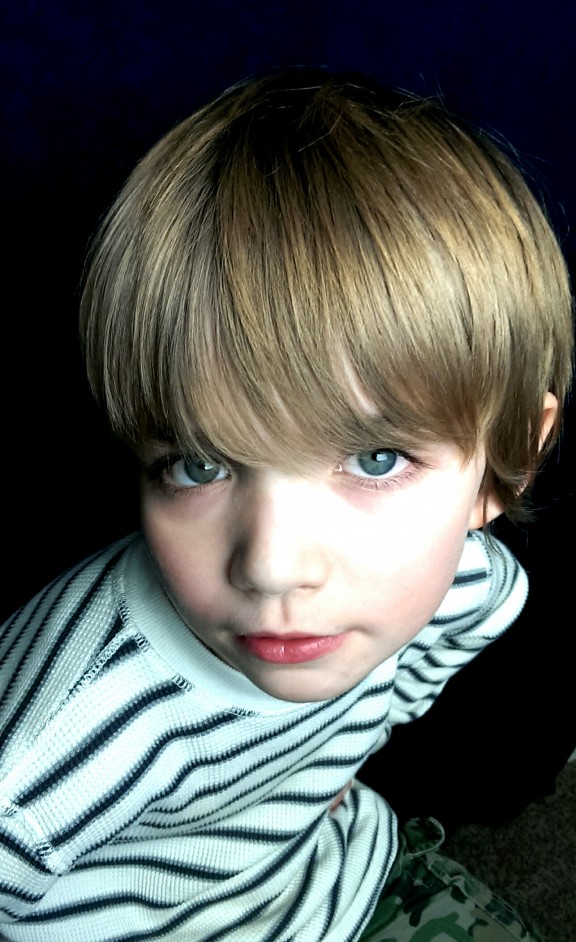 A HTC One photo sample showing a child portrait.

Keep in mind Takagi is an experienced photographer, so the HTC One alone will not deliver professional looking portraits of your precious child every time, but there is the opportunity to take control of photos taken with the HTC One.

The HTC One blog features the full image, but in the crop below it’s possible to take a look at the texture and color of this Peacock feather. The original photo is 2688×1520, cropped down to 562 x 318. 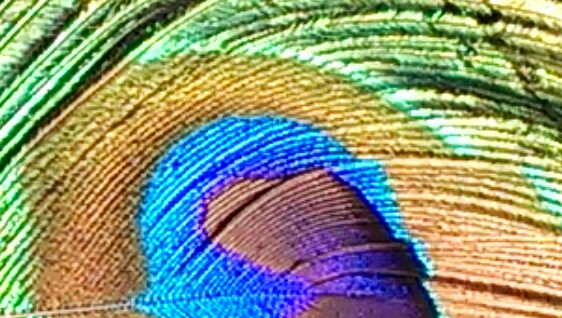 Here we can see the HTC One Ultrapixel camera’s ability to show detail and colors.

The HTC One features a 4.3MP Ultrapixel camera, a 1080P 4.7-inch display and a quad-core Snapdragon 600 processor. The HTC One is destined for T-Mobile and AT&T with the 64GB HTC One shaping up as an AT&T Exclusive. There are rumors of a Verizon HTC One, or at least a variant that could be the Droid DNA 2 or replace the Droid DNA.