HTC is releasing a new software update in Europe that is designed to increase the performance of the HTC One and improve the output quality of the device’s UltraPixel camera.

Update 1.29.401.13, according to SlashGlear, will include better sound quality for users attempting to capture memories with HTC Zoe, and better color reproduction when taking photographs. Additionally, the update will address two camera-related bugs that were shipped with the HTC One. The first bug fix will address over-exposure when taking pictures using the device’s HDR mode and the second will fix the corruption of EXIF picture information if a user had manually changed them. 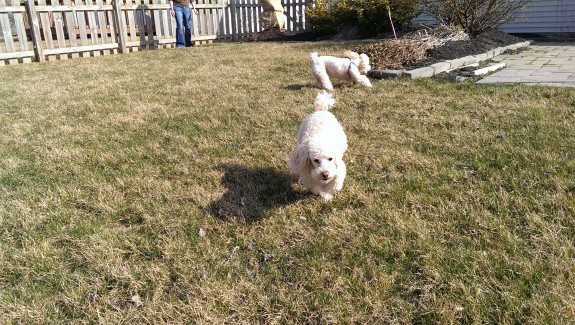 Same photos taken with the HTC One.

Outside of the scope of the HTC One’s camera abilities, this update will include performance improvements. These improvements should result in an HTC One with less performance issues than users experienced out of the box.

So far there’s been no information on when users of the HTC One outside of Europe might see the 1.29.401.13 update. Typically software updates coming to devices in the United States need to pass through a certification process by they were sold by before they are pushed to users.

GottaBeMobile’s Josh Smith was pleased with the performance of the HTC One’s UltraPixel camera when he reviewed it recently, and found it to be perfectly fine in low light situations when taking photos. Of course, any improvements HTC can make to the camera’s performance could only help especially since HTC still has to convince potential buyers that a smartphone with a 4.1 pixel count but large sensor can take photos just as good looking as other devices like the upcoming Samsung Galaxy S4.

In our review of the Samsung Galaxy S4, we found the device to be very capable of taking pictures in light or dark settings, even though users might have a hard time trying to the right exposure they need to get the best photo possible from the device. For comparison, he Samsung Galaxy S4 ships with a 13 megapixel camera as opposed to the 4.1 inch megapixel camera the HTC One ships with.