In addition to delivering a Nexus experience on the HTC One, this file is also an unofficial HTC One Android 4.2.2 update.

While we’ve heard rumors that HTC will offer an official method of switching from HTC Sense 5 and BlinkFeed to a vanilla version of Android found on the Google Play Edition, there is no word on the timing of this release.

Users must root the HTC One to make this work, but that’s a pretty simple task and users that are looking forward to running stock Android on the HTC One shouldn’t have trouble completing the steps. 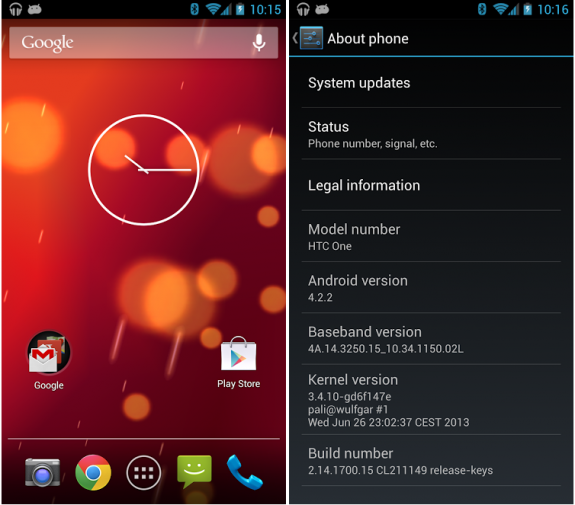 AT&T HTC One owners and those with a GSM HTC One can install the HTC One Google Play Edition of Android, including an update to Android 4.2.2.

WiFi and Bluetooth are working, but the built-in personal hotspot app is not working, so users will need to download a third-party solution if they need this feature.  The IR blaster is also not working, which is the same as the official HTC One Google Play Edition, so it is not a surprise.