Though some are saying that HTC’s recently announced HTC One flagship smartphone bears a lot of physical similarities to Apple’s iPhone 5, there may be more in common between the two smartphone rivals under the hood. According to HTC, the HTC One will be HTC’s one and only flagship smartphone under the One branding for this year. This will be a radically different strategy than a year ago where HTC announced three devices under the One moniker in the forms of the One X, One S, and One V.

HTC UK’s head Phil Robertson confirmed to Omio of the new One and only one strategy, saying, “We just said, let’s just create one flagship device for this year.” 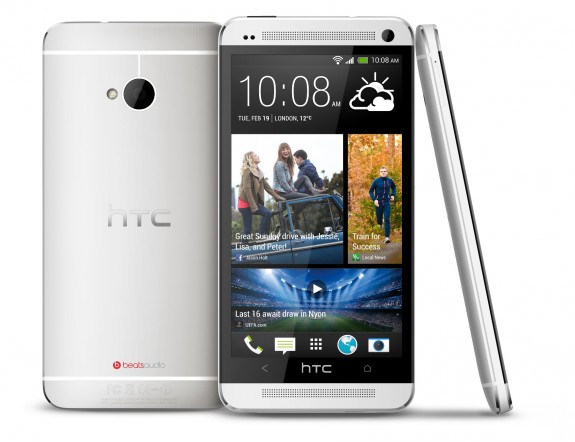 Robertson cleverly left open the possibility of other non-flagship Android smartphones from HTC for this calendar year. Implicit in his comments, those devices would arrive with a different product line name as the One brand is reserved for the flagship, if HTC were to bring other non-flagship products to the market in 2013.

The strategy would be similar to what Apple is doing as the company only releases a singular flagship model a year. This has been true since the debut of the original iPhone in 2007. What’s interesting is that as HTC looks to Apple’s strategy this year, Apple is rumored for the first time to be introducing multiple new iPhone models.

A One and done strategy may benefit HTC as it would allow the company to unify all its marketing and sales effort on a single device. Rather than dilute the brand with multiple devices, HTC is creating the best device it could make by pooling in its research and development efforts and will be pushing this device out globally under a unified product line. This will save the company money as it could use the same advertisements globally. Samsung attempted this with its Galaxy S3 flagship with much success; prior to the Galaxy S3, Galaxy S1 and Galaxy S2 devices were branded differently by different carriers.

“We are actually fully committed to our Windows Phone business. We do have good collaboration with Microsoft for a future release this year,” said Tai Ito, HTC’s vice president for Global Product Planning, in a CNET interview.

The design may not be similar to the HTC One as HTC is taking what it calls a ‘family approach,’ suggesting that there will be separate design languages for Windows Phone and Android.

And as far as large screen devices go, it looks like HTC may be bucking the trend of its rivals. According to the company, we shouldn’t expect to see a Windows Phone with a screen as large as the HTC Titan of yore.