The HTC One X Android 4.2 Jelly Bean update, an update that is thought to be bringing the heralded Sense 5 along with, has again been pegged for a summer release though this time the leakster is unsure about the exact timing of the software’s arrival.

In February, HTC debuted not only its new HTC One but also its new Android skin dubbed HTC Sense 5, a piece of software that the company says will arrive, at least partially, for older HTC devices. HTC confirmed the software’s arrival for the global variants of the HTC One X, One S, One X+, and HTC Butterfly though it was quick to caution that some features might be left off. 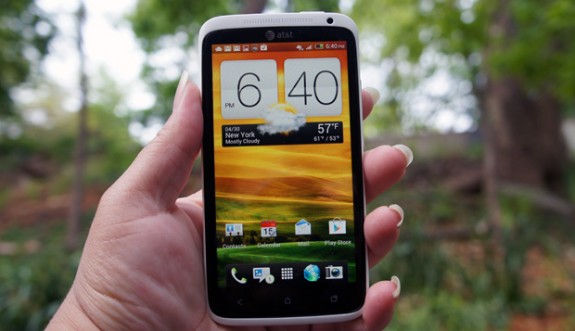 The HTC One X Android 4.2 & Sense 5 update could arrive by the end of summer.

Since then, rumors have been swirling about which variants might be getting the software, how they might be getting it and what will be on board. One of the main sources of leaks is @LlabTooFeR who has shared extensive insight into the arrivals of these updates, going as far as to “confirm” the software for many of these devices.

One of the most talked about devices is the HTC One X, HTC’s previous flagship that came out back in 2012. Currently running Sense 4+ with Android 4.1 Jelly Bean, owners of the former flagship are curious about when Android 4.2 and better yet, Sense 5, might arrive.

@LLabTooFeR claims that the HTC One X will get Sense 5 with Android 4.2 Jelly Bean and in the past, predicted that it may come as early as June or July. Today, he is back again, informing an inquiring reader that the HTC One X update is currently in testing at HTC and that it might be released by the end of summer. Summer lasts through August so it could mean that owners are waiting until then.

@joeymariggade No idea, HTC is on early test stage…so release might be available at the end of the summer…

This is a bit of a back track on his previous prediction, but such is the way of the software world. Software updates can be delayed or pushed forward, depending on how testing and development goes.

We have reached out to HTC about the timing of these updates numerous times and have yet to hear back. So, for now, this unofficial information should be treated solely as rumor.

Of course, this time won’t be music to the ears of HTC One X owners on mobile operators. Typically, the international, unbranded versions get their upgrade first, followed by branded devices in the weeks after.

That said, it could be fall by the time owners of devices like the AT&T HTC One X get their upgrade to Android 4.2 and Sense 5.