The HTC One X finally has a U.S. release date. The 4.7-inch Android smartphone is coming to AT&T on May 6 for $199.99 on a two-year contract. Pre-orders for the device start this Sunday, April 22.

Read: HTC One X Hands On

Check out the HTC One X promotional video from AT&T to get an idea of what the One X brings to AT&T. Watch our HTC One X Hands On Video for more details.

Unlike the European version of the One X which has a quad-core Tegra 3 CPU, the AT&T version has a 1.5GHz dual-core Sanpdragon S4 CPU. The change was necessary to support AT&T’s 4G LTE network. The only difference most users will see between the two versions is the AT&T One X won’t have access to Tegra-exclusive games.

The AT&T version of the One X still has the same impressive 8MP rear-facing camera that can take 1080p video. The camera, paired with HTC’s ImageSense is capable of recording video and taking still pictures at the same time. It even lets users take still photos from video. Sadly, unlike its cousin, the HTC EVO 4G LTE, there is no dedicated camera button on the HTC One X. 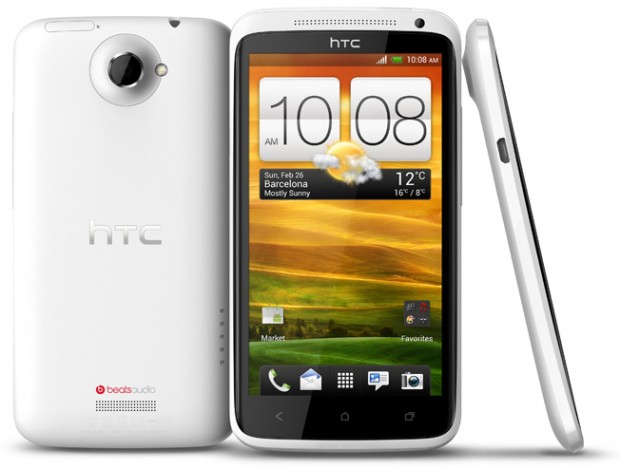 Other specs include 32GB of internal storage, a 1.3MP front-facing camera, 1GB of RAM, Beats audio, Gorilla Glass on the 720p display, and a 1,800 mAh battery.