Imagine if you will, you’re just a regular guy thinking about upgrading to one of them fancy smartphones. You’re watching “Hawaii Five-O” when you see Chin Ho Kelly snap a photo on his Windows Phone and Skydrive it to HQ.* You think to yourself, “That was cool. Maybe I’ll check out those Windows Phones.” So the next day, you pop into your phone store, look for the Windows Phones, and BAM! – there’s one called “Windows Phone”. What phone are you going to try first? That one or another phone not called “Windows Phone”?

If you answered the one called “Windows Phone”, congratulations, you have a reasonable understanding of human nature. If you answered, “other”, you might be an alien or sociopath or cyborg from the future that has yet to understand why we cry. Whatever you are, you clearly won’t understand this next part so feel free to skip it and visit one of our advertisers. Thanks! 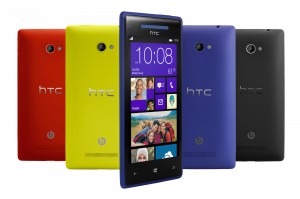 Of course, a reasonable buyer will still seek out other Windows Phones and compare specs and features, but do you think integrated advertising in a show about above-the-law crimefighting against the scenic backdrop of Hawaii is really targeted at the “reasonable” part of people’s brains? Advertising isn’t about reason. It’s about emotion. It’s about making you want something without you knowing why. (Yes, I watch Mad Men too.) 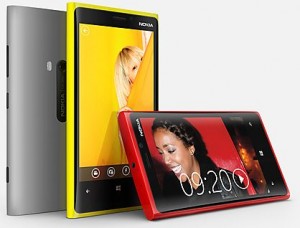 Just as damaging, HTC put Nokia in the position of competing, not just against iPhone and Android, but against Windows Phone. On the tech blogs (including us), the comparison will be the Lumia 920 or the Windows Phone 8X. On the shelves, you’ll see the Lumia 820 next to the Windows Phone 8S. Yeah, they’re both Windows Phones, but try explaining that to a non-geek who sees one “Windows Phone” and one something else. Compounding the problem are their similarities in appearance and colors. Whatever differences they have under-the-hood, the only obvious one is the name. You give people the choice between a brand name they keep hearing and one they never heard, they choose the brand name.

Whatever traction Nokia was hoping to get with Windows Phone 8, HTC just shredded their tires. Sure, they’ll still get attention for features like PureView and wireless charging, but they’ll have to earn that on their own marketing dime (and they’re counting every penny these days). Any success Microsoft earns in building mindshare for Windows Phone 8 will go first to the phone called “Windows Phone 8” and that ain’t the Lumia. Quietly brilliant.

*Not hypothetical. Chin Ho Kelly is the designated Windows Phone enthusiast on Hawaii Five-O. I saw him do that in an episode. He even used Bing as a verb.