Back at the very end of September, T-Mobile made a phone called the HTC Radar 4G, a Windows Phone Mango device, official. However, that announcement failed to yield a specific release date with the Magenta carrier only saying that it would be out for the holidays. Today though, the carrier made the release date official and it will be arriving on November 2nd.

The Radar 4G will be available for $99 if you sign up for a new 2 year contract and that price will come after you send in a $50 mail-in rebate. So, definitely not a bad price point for those looking for a new Windows Phone from HTC. 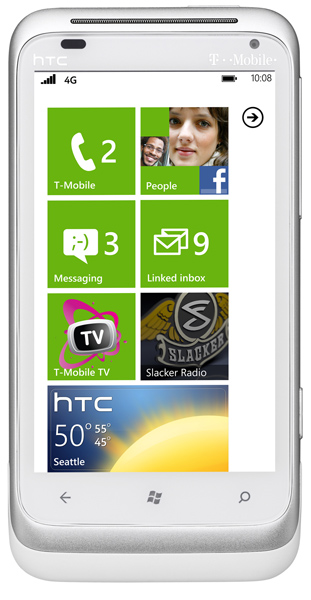 It comes with a 3.8-inch display with 800×480 resolution, a 1GHz processor, 5MP rear camera, 2MP front-facing camera, 512MB of RAM, 8GB of on-board storage and of course, it comes with Windows Phone 7.5 straight out of the box.

Again, definitely a phone to take a look at if you don’t want to pay the Galaxy S II’s expensive price and if you’re not impressed with the HTC Amaze 4G.