While we should see HTC and Verizon announce the HTC Rezound in just under three hours at an event in New York City, those of you anxiously waiting to see this device be made official will be happy to know that it has shown up in an official image today showing off its front, side and back for the camera.

The HTC Rezound is the third of a trio of big 4G LTE handsets that will be hitting Verizon in the coming weeks. The other two of course are the Samsung Galaxy Nexus and the Motorola Droid RAZR. 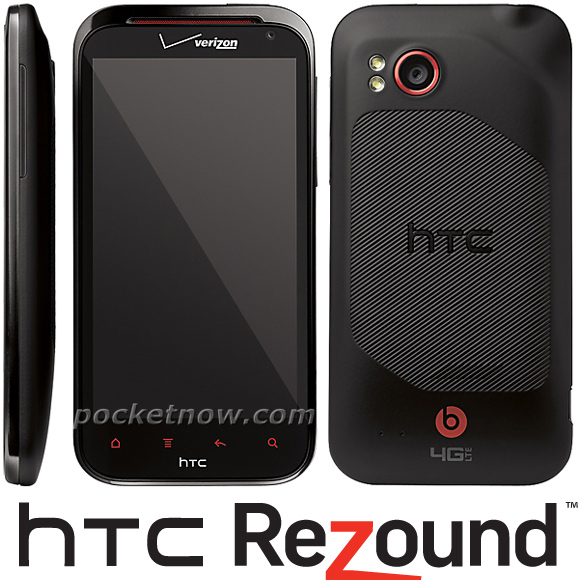 It’s said to feature a 1.5GHz dual-core processor, a 4.3-inch HD display, 8MP rear camera, 2MP front facing camera, 1GB of RAM, and 4G LTE. It will also be the first handset in the U.S. to feature Beats Audio capabilities.

We’ll be at the event live so be sure to come back for coverage of what looks to be a stellar launch from HTC and Verizon.