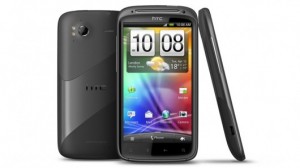 The HTC Sensation may be the latest handset to suffer from the death grip, made infamous by Apple’s iPhone 4, but this time the issue may be affecting both WiFi and Bluetooth radios rather than the 3G/4G cellular radio as it did on the Apple case.

Nordic Hardware had conducted several tests and found that the mostly metal unibody aluminum rear case cover for the HTC Sensation, released as the HTC Sensation 4G in the U.S. by T-Mobile USA, may be the culprit behind the signal loss for the WiFi and Bluetooth radios. Even when placed on a flat palm, the site noted that there was noticable signal loss when placed on a user’s hand.

The phone, which generally has a good signal strength suffers, unfortunately, just like the iPhone 4, the problem with dramatically reduced signal strength depending on how to keep his phone in his hand. When Apple introduced its iPhone, 4 telephone arose the concept of “Death Grip” or freely translated into Swedish, the death grip. This when done by cup your hand around your phone could get the signal strength to drop dramatically when the surface-mounted antennas were disturbed by the user’s hand.

The issue of the death grip was made notoriously famous in Summer 2010 after the iPhone 4 was released. At the time, Apple CEO Steve Jobs had promoted the new exterior antenna, which did double duty as the stainless steel band providing rigidity and structural support going along the sides of the phone, as being better for reception and call quality. However, several news outlets uncovered that when the phone was held a certain way, the user’s skin interfered with the antenna and reception deteriorated. The death grip issue was also known as antennagate.

In the case of Sensation, HTC’s mostly unibody aluminum case does provide for plastic cutouts in the rear of the case design to allow wireless signal to penetrate through to the phone. However, as it seems from the Nordic Hardware report, the cutouts may not be helpful in certain cases to the WiFi and Bluetooth radios.

As the issue pertains to WiFi and Bluetooth, and the case design of the European HTC Sensation and the T-Mobile Sensation 4G both utilize the same design, it is likely that the HTC Sensation 4G will also be affected by the death grip issue.

It’s unclear what had changed on the HTC Sensation’s design as HTC had previously employed unibody aluminum construction on other handsets, including the European version of the HTC Hero–not the Sprint edition in the U.S.–along with the HTC Desire and the HTC Inspire 4G for AT&T.