A user-created hack called the HTC Super Tool allows HTC phone and tablet users to root and unlock their HTC-made Android handsets easily. The tool works on a variety of HTC devices currently.

Though HTC had announced earlier this year that it would be opening up its devices to official unlocking following controversy about locked bootloaders, users opting to go the official route would have to wait for HTC to provide a solution. Additionally, with carrier-branded devices, a bootloader unlocker would have to gain the blessing of the carrier before HTC could release a solution. 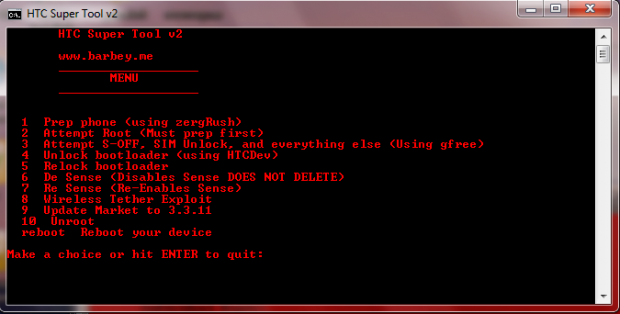 Various current-generation HTC smartphones are supported by the tool. And unlike HTC’s official solution which requires you to check the box understanding you’re voiding your device’s warranty, this solution officially doesn’t report that information. That said, legally, you would still be voiding your warranty by modifying or altering your handset in any way, including unlocking the bootloader.