Only a week into my experiment of seeing if an avowed iPhone user can be satisfied with an Android phone, my Samsung Fascinate began to exhibit some pretty strange behavior. So I returned it thinking I would just replace it with the same model or get a nicer phone, since I’m enjoying using the Android OS.

A brief history: I chose to take advantage of the Best Buy offer of a free Fascinate to replace my Verizon Mi-Fi. The choice was to discontinue my Mi-Fi altogether, keep it and continue to use it, or get an Android smart phone that can be rooted and used as a hotspot. I chose the latter since the Fascinate was on sale and I’ve been wanting to play with an Android device. It started when I got a Nook Color. 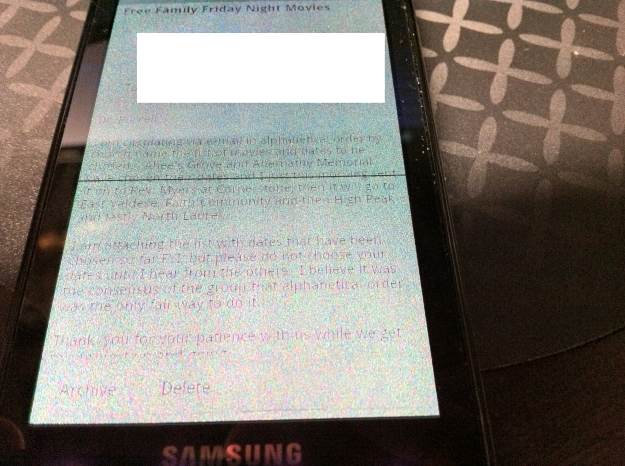 The screen on my Samsung Fascinate froze and turned grainy

Above you can see that the screen on my Fascinate froze and went all grainy, kind of like the old days when a TV channel could barely get a signal through the old rabbit ears. Only removing the battery would turn off the phone. After it happened for the third time today, I took it back to Best Buy to return it. After the second time it happened Sunday I considered just swapping for another one.

When I saw that Amazon had the HTC Thunderbolt for just $130 I found myself wanting to get that one. There is no 4G coverage yet in my area, but the Thunderbolt looks like a really nice phone with a future. I figured I’d have to just return the Fascinate and order one from Amazon and start a brand new account, canceling my Mi-Fi account.

On a whim I asked my Best Buy customer service rep if the company might match the Amazon price. He said they would not since they only price match prices at local stores. After a few minutes of my indecision and his checking prices at other competitors on the computer, he said, “Let me ask the manager if they might come close to the Amazon price.” After a few minutes he returned and said, “They’re going to match it!” 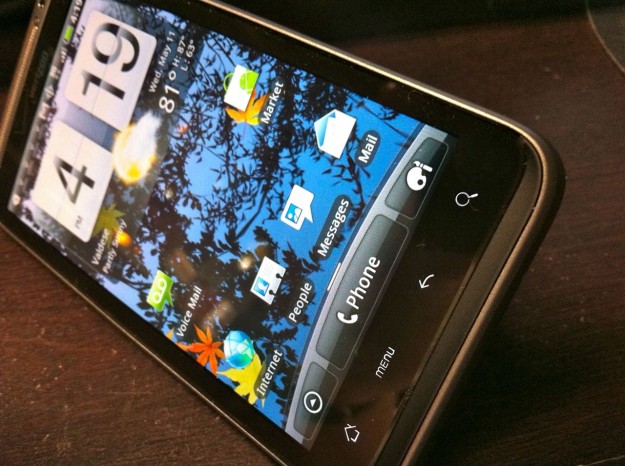 Wow! I was impressed. We complain when company’s treat us poorly, but I’m glad I got to brag about my local Best Buy store and I am really glad I got the new phone for the same price I would have gotten it on Amazon but in about two days after shipping. The price comes with me not having to cancel my old account and start a brand new one. Instead I have the same account and the same phone number I had with the Fascinate.

The lesson is don’t be afraid to ask for more than a company is advertised to be offering. The worst they can do is say no. You have the money or credit card so you have all the power in this transaction. I’ve found that 9 out of 10 times you won’t get anything. That 1 time often makes it worth the trouble to ask. In my case I saved either $120 if I was impatient and paid the Best Buy $250 price or two days if I had chosen to wait for 2-day shipping that comes with my Amazon Prime membership. I also saved the hassle of canceling my old Verizon contract and having to sign up again for the discount my wife gets through her job.

The second lesson is find a good place to buy things and frequent that store. They will get to know you and may be more inclined to help return customers. The guy who sold me my Thunderbolt knows me by name because I spend way too much money at Best Buy. Maybe he got the deal for me because of that. Sure Best Buy doesn’t always have the best prices, but I find some good deals and like to get hands on with the gear they do have. Plus it’s something to do while my wife looks at the other shops in that mall. Get to know people in the store and call them by name.