There seems to be a lot of HTC rumors lately, especially with the flagship HTC M7 that’s speculated for a 2013 arrival, and the latest rumor suggests that HTC may be edging out competitors to be the first out of the gate with partner NVIDIA’s latest silicon in the form of the Tegra 4 chipset.

According to a report on Phone Arena, HTC is looking to be first to market with a Tegra 4 device.

HTC and NVIDIA have a good track record together as HTC introduced the world’s first quad-core Tegra 3 smartphone at Mobile World Congress earlier this year in the form of the HTC One X. In the U.S., however, due to incompatibilities with LTE networks in the States, HTC released a variant of the One X with Qualcomm’s processor for AT&T’s 4G network. The company has a One X+ now for AT&T, which marries LTE and Tegra 3 together. 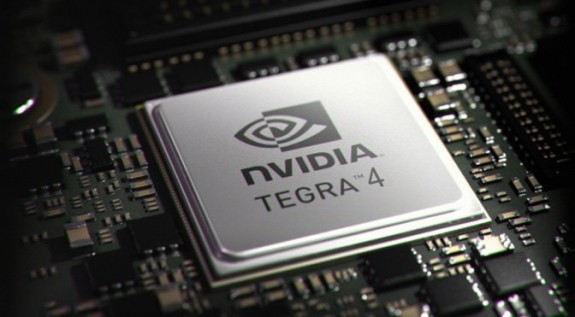 Tegra 4 has an internal codename of Wayne with a design based on ARM Holdings’ Cortex A15 architecture. NVIDIA says the chipset will be twice as powerful as Tegra 3. It’s unclear if Tegra 4 will utilize a quad-core 4 + 1 design of the Tegra 3 or another arrangement.

At least at its onset, Tegra 4, however, will be a processor geared at tablets. It’s unclear if HTC will take another try at the tablet market, or if it will wait until NVIDIA makes further optimizations to the processor for smartphone usage. In recent past, HTC had stated that it is bowing out of the tablet market in the U.S. after having had limited success with the 7-inch HTC Flyer and the 10.1-inch HTC Jetstream slates.

Tegra 4 is rumored for debut in the first quarter of 2013.

Another device with a similar 1.8 GHz rumored CPU clockspeed is Huawei’s Ascend Mate phablet. It’s unclear if that device will be using NVIDIA’s CPU or not.