HTC to Try Its Hands at Retail With New Store Openings

In an effort to boost sales and interface better with customers, smartphone-maker HTC will be attempting to launch its own retail stores. Initially, HTC’s efforts will be a store-in-store concept, not unlike what Apple has been doing with retail partners like Best Buy in securing a dedicated presence within retail stores operated by partners with its own signature look and feel. HTC’s idea will debut initially in Germany, but the manufacturer is also looking to expand to other parts of the region if successful. 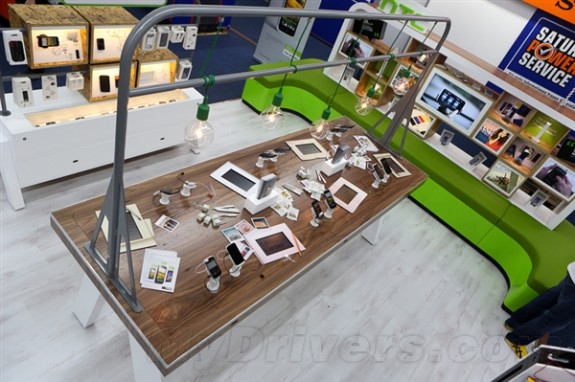 HTC is the latest to open its own store, or store-in-store as this case may be, following the footsteps of Samsung, Nokia, and even Microsoft. Unlike Microsoft, which had recently gone on record regarding international expansion of its retail stores pending success in the U.S. market, HTC appears to be a bit more ambitious.

Staff inside HTC’s store-in-store in Hamburg, Germany are trained by HTC to answer any questions regarding HTC products, accessories, and Beats Audio, according to a report on Unwired View based on initial reporting on MyDrivers.com. 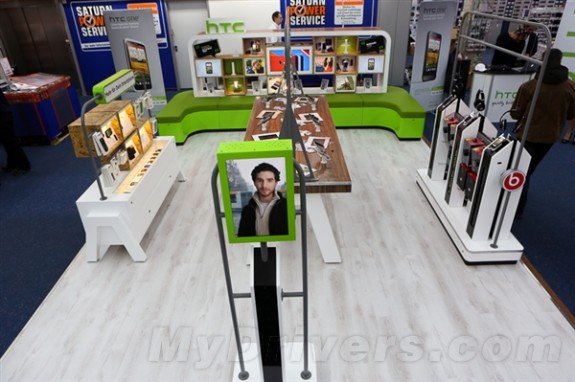 The store seems more cluttered than the clean, minimalist looks employed by Microsoft and rival Apple at those companies’ retail stores. Apple uses clean, cold elements such as stainless steel and glass while Microsoft’s clean, minimalist designs are more warm with the inclusion of colors and wood. HTC’s cluttered looks seem to contrast the cleaner approaches of its rivals.

It’s still unclear if HTC will be entering the U.S. market with this idea. If it does, a likely big box electronics retailer would be Best Buy, of which HTC and Apple will have to fight for dedicated retail space and consumer attention.

The Taiwanese smartphone-maker had at one point been the darling of the mobile industry, transforming from an ODM to an OEM and launching its own brand and marketing campaign. With successes behind Windows Mobile and Android, HTC had recently found competition in the space to be stiffer with new rivals like Apple, Samsung, and emerging low-cost players such as ZTE and Huawei from China.