Chinese smartphone-maker is urging prospective Samsung customers who are eyeing the 5.5-inch Samsung Galaxy Note II to hold off on purchasing their phablet as Huawei has a device that will debut next year. Citing the 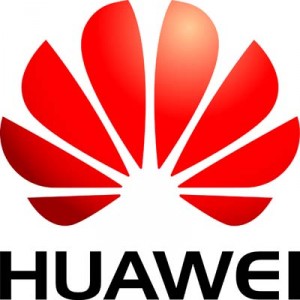 Note II as ‘grossly overpriced,’ Huawei’s senior VP Yu Chengdong says that his company’s phablet will be arriving in early 2013 and will outperform the Galaxy Note II and will be cheaper.

While the executive did not give any specs on his company’s phablet, there had been a prior leak about a Huawei Ascend Mate device with a capacious 6.1-inch display, which is a 0.6 inches larger than the Samsung’s phablet. That device will have a full HD 1080p resolution display, if early leaks are to be believed, along with a quad-core 1.8 GHz processor, 2 GB RAM and a 4,000 mAh battery, which is larger than the 3,100 mAh battery that is powering the Galaxy Note II so we should see at least comparable battery life given the larger display of the Huawei model.

The 1080p full HD display will make the screen competitive with the HTC Droid DNA, a 5-inch phablet. As the HTC model has a smaller display, the resolution will be sharper on the DNA than on the Huawei model.

It’s unclear still what version of Android the Ascend Mate will be running, according to a report on Unwired View.

Likely, the Ascend Mate will be announced at either the Consumer Electronics Show in early January or at the Mobile World Congress event in February if the early 2013 timeline still holds.