After a successful introduction of its 7-inch MediaPad Android slate, which is available by the same name under U.S. carrier AT&T and under the Springboard 4G branding under T-Mobile USA, Huawei is introducing a successor in the same 7-inch category. The tablet will likely go head-t0-head with Amazon’s Kindle Fire as well as Google’s recently introduced Nexus 7 slate. 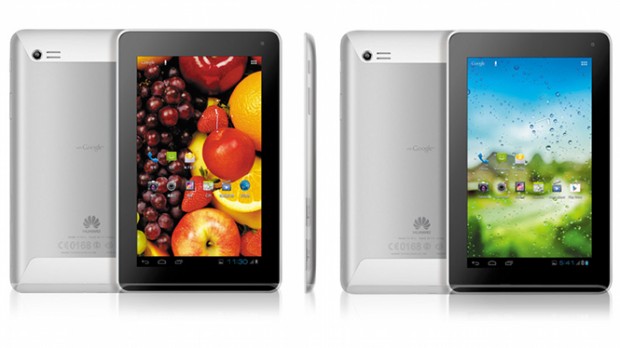 Little information is known about the MediaPad 7 Lite at this time other than that it would have a 7-inch IPS display with a wide viewing angle, a metal unibody construction similar to the original 7-inch MediaPad slate launched last year, as well as support for 1080p HD video playback, though it’s still unclear if the display itself will be a 1080p full HD display or a 720p HD display.

Interestingly, in the photo mockups posted on Android Central, we do see a tablet with a more conservative design on the rear with more angular and rectangular plastic cutoffs for where the antennas will be housed to aid in reception than the predecessor. The interesting part is that there is a phone icon, suggesting that perhaps Huawei intends for users to also make phone calls on this slab, making it a larger ‘phablet.’ For reference, the first-generation Samsung Galaxy Tab 7-inch also offered phone capabilities on the international models, but that feature was stripped away when the slate was introduced into the U.S. markets under carriers like AT&T, Sprint, T-Mobile, and Verizon Wireless.

The device will have 3G capabilities.

So far, Huawei has not confirmed a launch date for the tablet. Hopefully we’ll know more information soon. The current MediaPad 7-inch was launched at Fall’s CTIA trade show last year, so perhaps this follow-up number will debut at the trade show this fall.

The company is also working on a quad-core Springboard 10-inch slate as well.