A leaked unannounced new Huawei product with the Summit name has appeared on T-Mobile USA’s computer system. At this time, neither the carrier nor Huawei is commenting on the device, and there is little known information about the Summit. Huawei and T-Mobile USA had worked together in the past to launch some successful products, including Android-based smartphones and tablets. In the past, however, Huawei’s devices have been re-branded when they arrived on T-Mobile’s 4G HSPA+ network, and it may be likely that the Huawei Summit may be branded under the T-Mobile brand in the future. 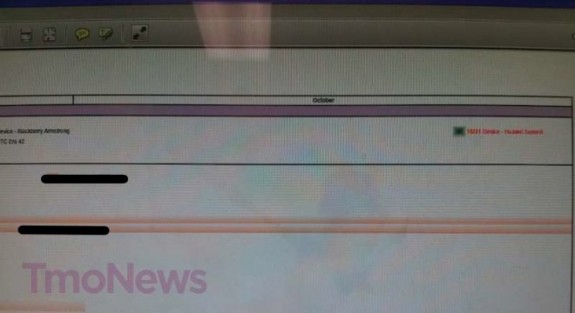 It’s unclear what the Summit may be. There are some speculations that the device may be either a mid-range or entry-level smartphone, though the possibility exists that the Summit may be a high-end Android device for T-Mobile. Another potential would be an updated tablet as the T-Mobile Springboard 4G, which is the re-branded version of the Huawei MediaPad 7-inch, is showing its age.

The original screenshot for the leaked device first appeared on TmoNews. The device is slated to arrive by the end of October according to that screenshot.