Huawei first introduced their hybrid fitness tracking smart band and Bluetooth headset when they released the Huawei TalkBand B1, reviewed earlier this year here on GottaBeMobile. The company updated it and released it as the Huawei TalkBand B2 with a slightly different design, but the same mashup of the two primary purposes: fitness and phone calls in a light and comfortable smartband.

But is it good enough to make it a must have accessory? [ratingbox] 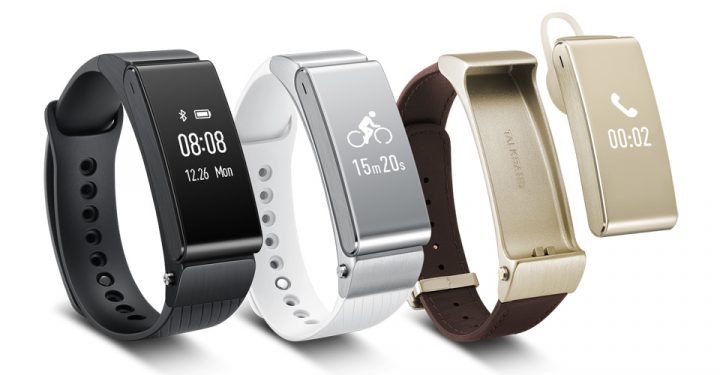 The version reviewed here ($175 on [amazon_link id=”B00YEHSYAS” target=”_blank” ]Amazon[/amazon_link]) includes the black design with a TPU plastic band instead of the leather band that comes with the gold version. There’s also a white band and silver watch version.

The watch itself detaches from the TalkBand B2 and turns into a Bluetooth 3.0 headset.

The watch shows the time, date and day. An icon shows when the watch connects to the phone. A battery indicator shows how much life the watch has. The display turns off until the user shakes their wrist or taps the side power button. 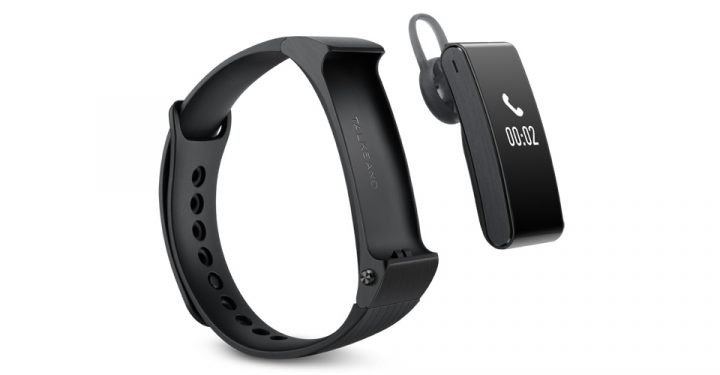 Press the two buttons on the side of the Huawei TalkBand B2 to detach the headset.

To remove the headset, press the two buttons on the band’s side below the display. It pops out. Return it to the watch band by putting the speaker end in first and the headset snaps into place. 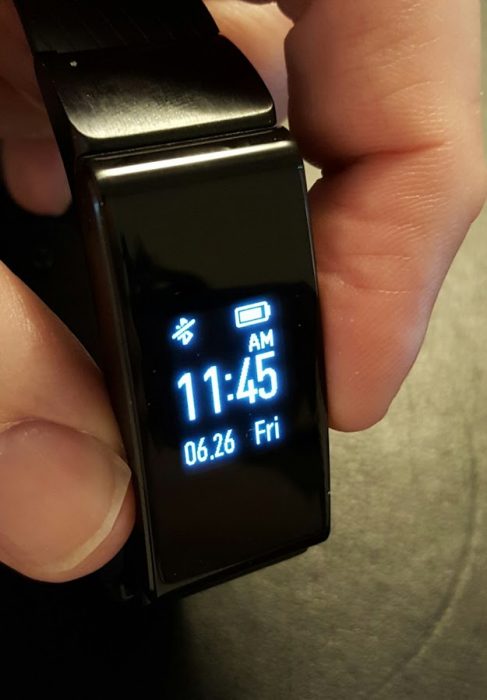 The display also includes touch. Slide up or down to show the various features of the fitness tracker.

The design works. It’s simple and easy to figure out. This time around it’s more comfortable for people like me with large wrists. The B1 didn’t fit my wrists as well. 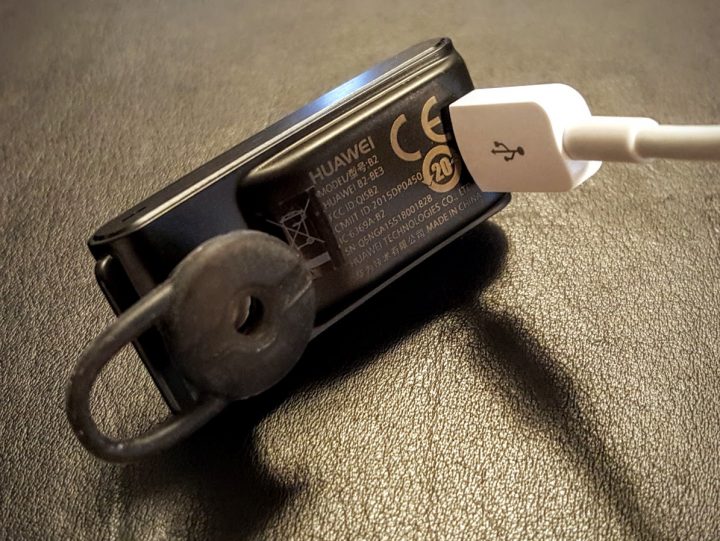 Huawei moved the charger from the band in the B1 to the back of the headset in the new B2.

The micro-USB charger that charges the Huawei TalkBand B2 sits behind the display. The user must remove it from the band, meaning the band and the headset will stay separated while charging. The old TalkBand B1 included a USB connector in the band, which I really liked. The new design means people who lose parts of their gadgets will need to take care to keep up with the band while charging. 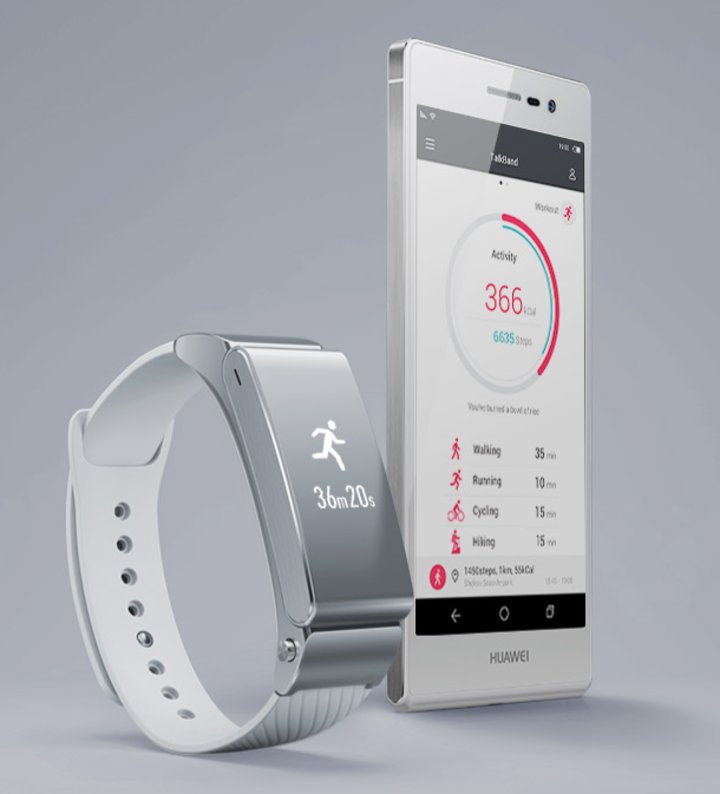 The Huawei Wear app handles fitness tracking and connection to the wtach and band.

The Huawei TalkBand B2 tracks steps, sleep and calories. It connects via the Huawei Wear Android app or iPhone app. The app records the fitness tracking and connects with the Jawbone UP app or with services like MyFitnessPal.

The phone app sets step goals and records the user’s profile with things like height weight and fitness goals. It also helps the user see how well he or she is sleeping. 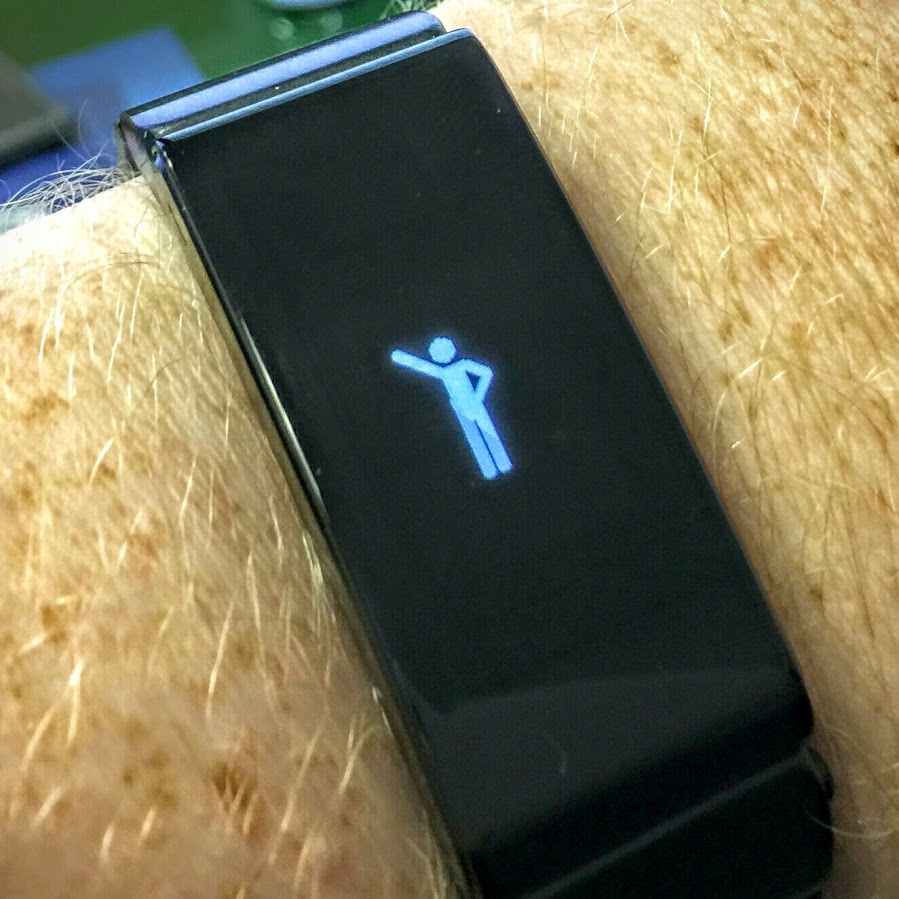 People who exercise will enjoy the step counter so long as their fitness includes action that the watch can track, like running, walking or biking. It’s rated at IP57 water and dust resistance, which means it should hold up in rain, a little water, but not swimming in the ocean. And it nags the user to get up and move around on occasion (notice as seen above) in customizable intervals. 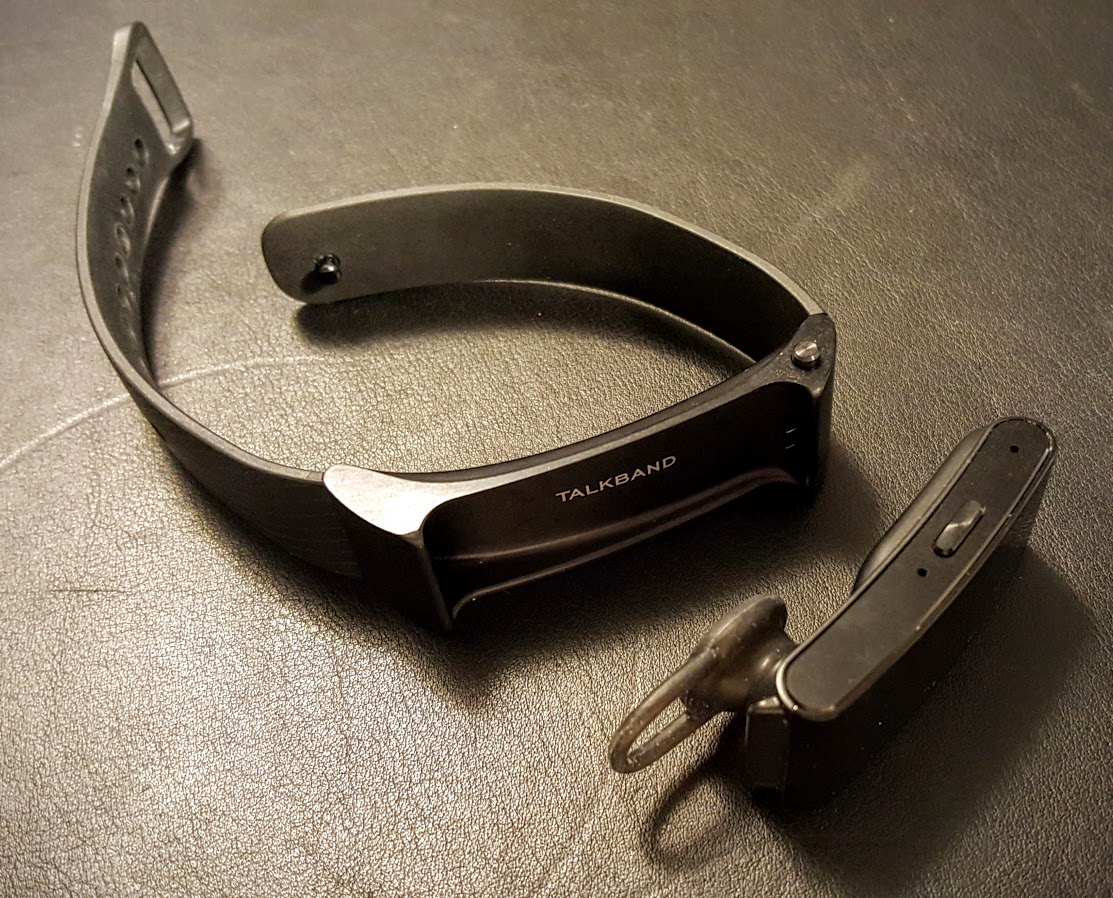 Second, the Bluetooth headset doesn’t fit well in the user’s ear. Two people tried it out with the three different sized inserts and neither could keep it in their ears without holding it or readjusting it repeatedly. For short conversations it works acceptably. People who talk for long periods of time will get annoyed with the Bluetooth part of the device.

The battery life on the watch lasts longer than any of the Android Wear watches or the Apple Watch, but not nearly as long as Pebble or the promised 5 days that Huawei advertises. It averaged about 2.5 to 3 days of regular use during testing.

Huawei made a few improvements over the TalkBand B1. It’s more comfortable and still tracks fitness well. However, it’s still not a very good Bluetooth headset and moving the charger from the band to the back of the Bluetooth headset means I must remove the headset to charge it, making it possible that the user could lose the band while charging it.

Unfortunately, the Huawei TalkBand B2 doesn’t get a buy recommendation. Instead get one of the following: