Huawei W1 To Go on Sale at Walmart This Month

Chinese telecommunications giant Huawei will be bringing their first Windows Phone device, the Huawei W1, to American shores by way of WalMart this month.

The Huawei W1 is technically already on sale overseas, going by the Ascend W1 moniker there. According to the company’s website the Huawei W1 features a 1.2GHz dual-core Snapdragon processor and a 4” WVVGA IPS display with a resolution 480 x 800 pixels.  Cameras will include a 5 megapixel rear-facing camera with flash and a VGA front facing camera for video calling and taking self-portraits. 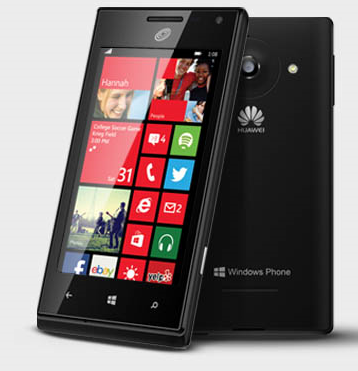 While users might find those specs to be impressive at lower price points, Huawei saw fit to equip the device with only 4GB of internal storage. Users can add more using the device’s SD card slot. The device also comes equipped with only 512 MB RAM.

According to the minimum hardware requirements for Windows Phone 8, 512 MB of RAM is the absolute least that a device can be equipped with and still be licensed to run Windows Phone 8. As such, users may run into more than a few applications currently being sold in the Windows Phone Store that just won’t run on their device. That includes some Xbox on Windows Phone titles like The Dark Knight Rises.

In comparison, the Windows Phone 8X by HTC comes with 1GB of RAM.

In addition to not mentioning pricing, Huawei has not indicated what wireless networks’ the Huawei W1 will be sold in partnership with. Its Chinese brethren, the Ascend W1, supported GSM, GPRS and EDGE protocols using the 850/900/1800 and 1900 bands as well has HSPA protocol in 850/900/1900/2100 bands.

If the same is true of the W1, it could be supported by both AT&T and T-Mobile.

The Huawei W1 is the second Widows Phone 8 device to make its way to WalMart’s shelves in recent months. Nokia’s Lumia 521 arrived at the retailer this past April.

The Lumia 521 features a 4” 480 x 800 pixel display, 1 GHz dual-core Snapdragon processor, a 5 megapixel rear-facing camera and 8GB of internal storage with the option to add more using the device’s SD card slot. It also only offers 512 MB of RAM, making it just as incapable of playing some of the high end games on Windows Phone as the Huawei W1.

The Lumia 521 is regularly priced at Walmart for $129. If Huawei is attempting to challenge the device, the price of the W1 will need to at least match that that of the Lumia 521.