Huawei is Microsoft’s latest partner with Windows Phone and the company has committed to releasing a Windows Phone 8 device by the end of the year. Now, we know a little bit more about Huawei’s efforts. According to the latest report, Huawei’s smartphone will be called the Huawei W1 and may be announced on September 25.

The report says that the device will use a different design than what Huawei is creating for its Android Ascend P1 and D1 lineup. The company’s phone will be available in four colors: black, white, blue and pink. 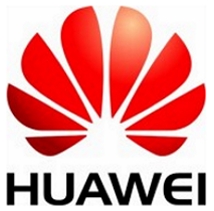 The phones are expected to be available in Europe, China, and the U.S. and will be targeted at more budget customers. The phone will become available in November and December in select markets. The phone is expected to be priced at $310 according to a report on Unwired View, which would make the Huawei W1 about half as much as the cost of Nokia’s Lumia 820, which is the less expensive model compared to the Lumia 920 flagship.

There isn’t much other information available at this time surrounding the Huawei W1.