A smartwatch buyer can choose from at least a half-dozen options, but which one is best? Since they all run the same operating system, hardware design is the only way to differentiate between them. That is why Huawei designed their first entry into the increasingly competitive Android Wear market with a little class. How does it compare with the other Android Wear watches and the Apple Watch?

Those not familiar with Huawei should know the Chinese company increasingly grabs headlines, especially since they’re making one of Google’s new Nexus Android smart phones released in 2015. They also made a couple of low-cost smart phones that we really liked – the Huawei P8 Lite and Huawei Ascend Mate 2. Huawei recently entered the US market. They specialize in budget phones and mostly Android-based accessories like their fitness band/Bluetooth headset, the Huawei TalkBand B2. 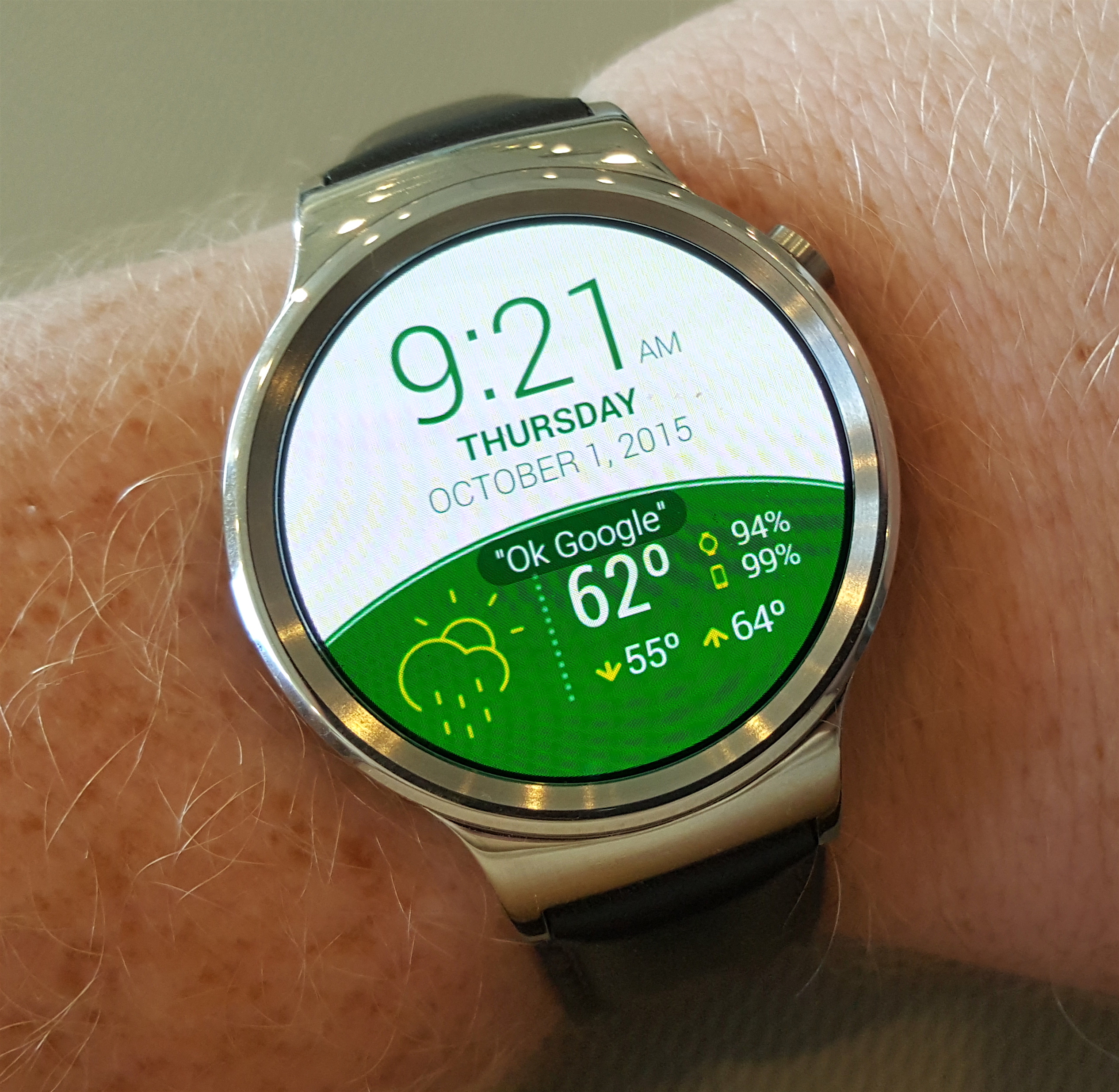 The Huawei Watch ($349.99) grabbed headlines because it refined the round Android Wear designs with a few tiny details that make all the difference. It resembles the Moto 360 with the thick round watch. The single button rests along the upper right edge at about 2 o’clock. There is a raised, chiseled bezel and the band attaches via extruding band connectors. 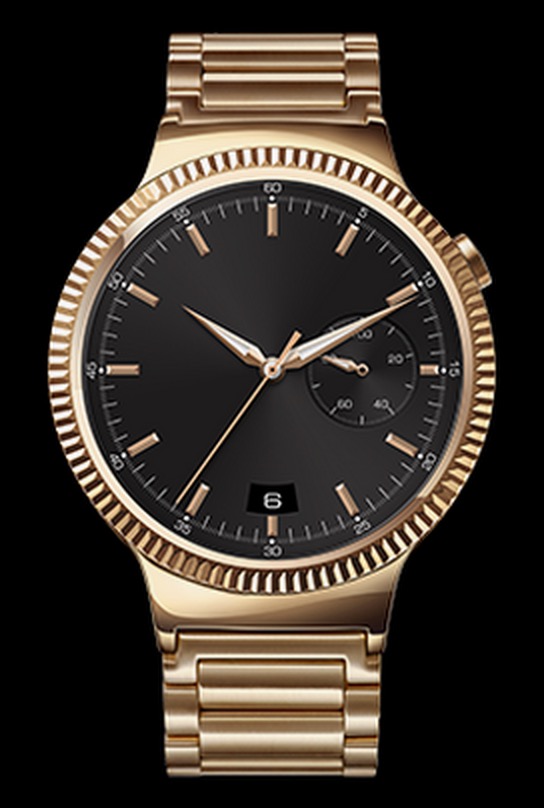 Other design options include Rose Gold and Black Stainless Steel. These cost more than the basic Stainless Steel with black leather review unit. These options jump in price from $400 to $800. Huawei also offers optional bands that range in price from $79.99 to $169.99. All of them look nice and will appeal to varying preferences. 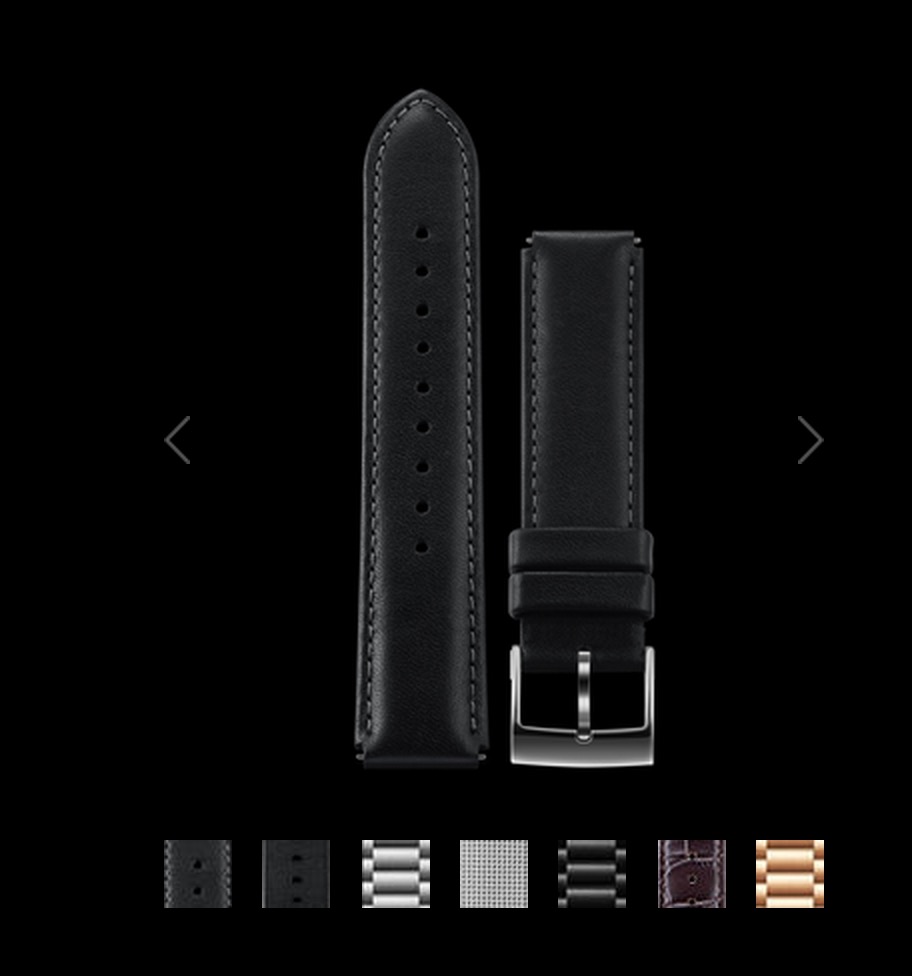 The 400 x 400 resolution 1.4-inch AMOLED display looks beautiful. The watch runs on a 1.2GHz Qualcomm Snapdragon processor with 4GB of storage for music. This leads to a beautiful Android Wear watch face that runs smoothly and fluidly.

The round face does make it hard to interact with the Android Wear cards which show up at the bottom half of the screen. Swiping them away takes a full screen wipe and sometimes they won’t go away. I often swipe a few times before a card dismisses.

The watch includes a gyroscope, accelerometer, barometer, and a heart rate monitor.

The Bluetooth 4.1 radio connects easily and reliably. The first generation of Android Wear watches often disconnected. The Huawei Watch did drop the connection a couple of times during initial setup, but rarely disconnected after that.

A magnetic disk with a USB cable connected charges the watch. Snap it quickly onto the back of the watch for a solid connection. It is easy to remove, but does not fall apart so long as the user places it on their desk or nightstand.

The design feels solid and seems durable. It should last a long time and look good long after the user first puts it on.

The Huawei Watch comes with the latest version of the Android Wear operating system. All apps designed to run on round watches will work great on the Huawei Watch. 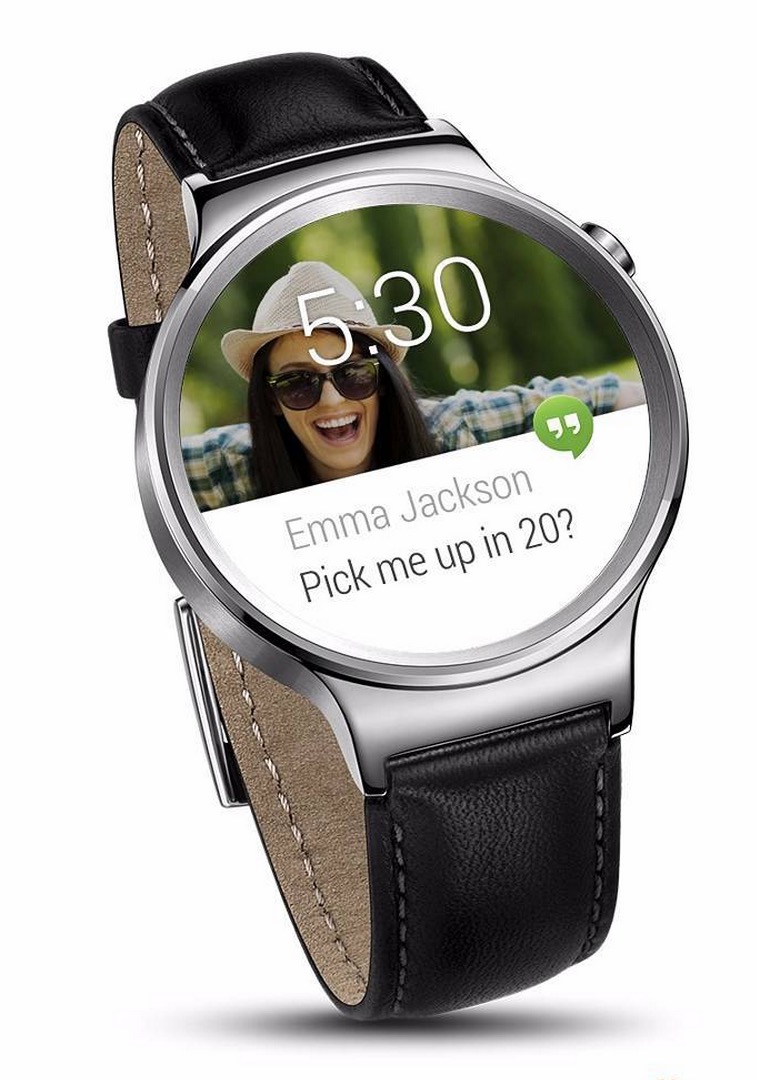 The free Android Wear app controls settings and makes it easy to install watch faces and apps. Users connect to the watch using Android Wear and update the watch firmware through the app. 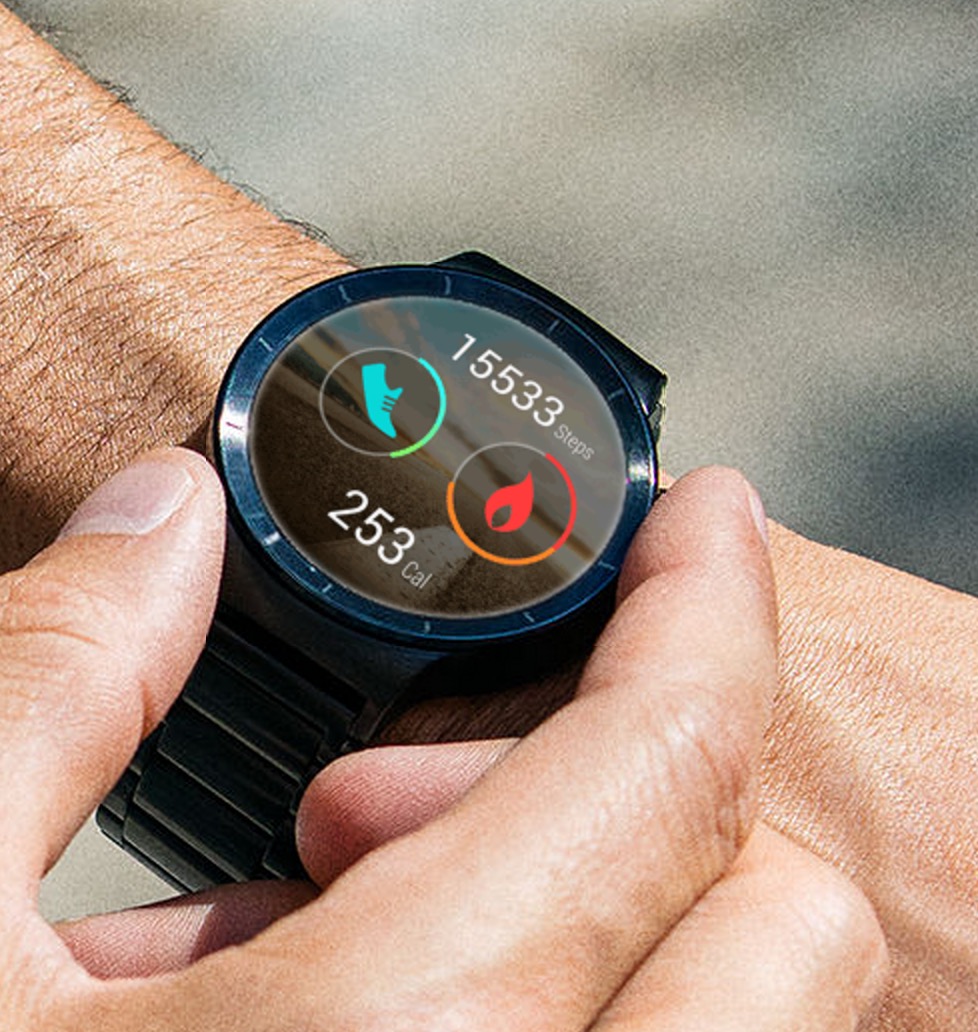 The first round of Android Wear watches that now work with iPhone includes the Huawei Watch. 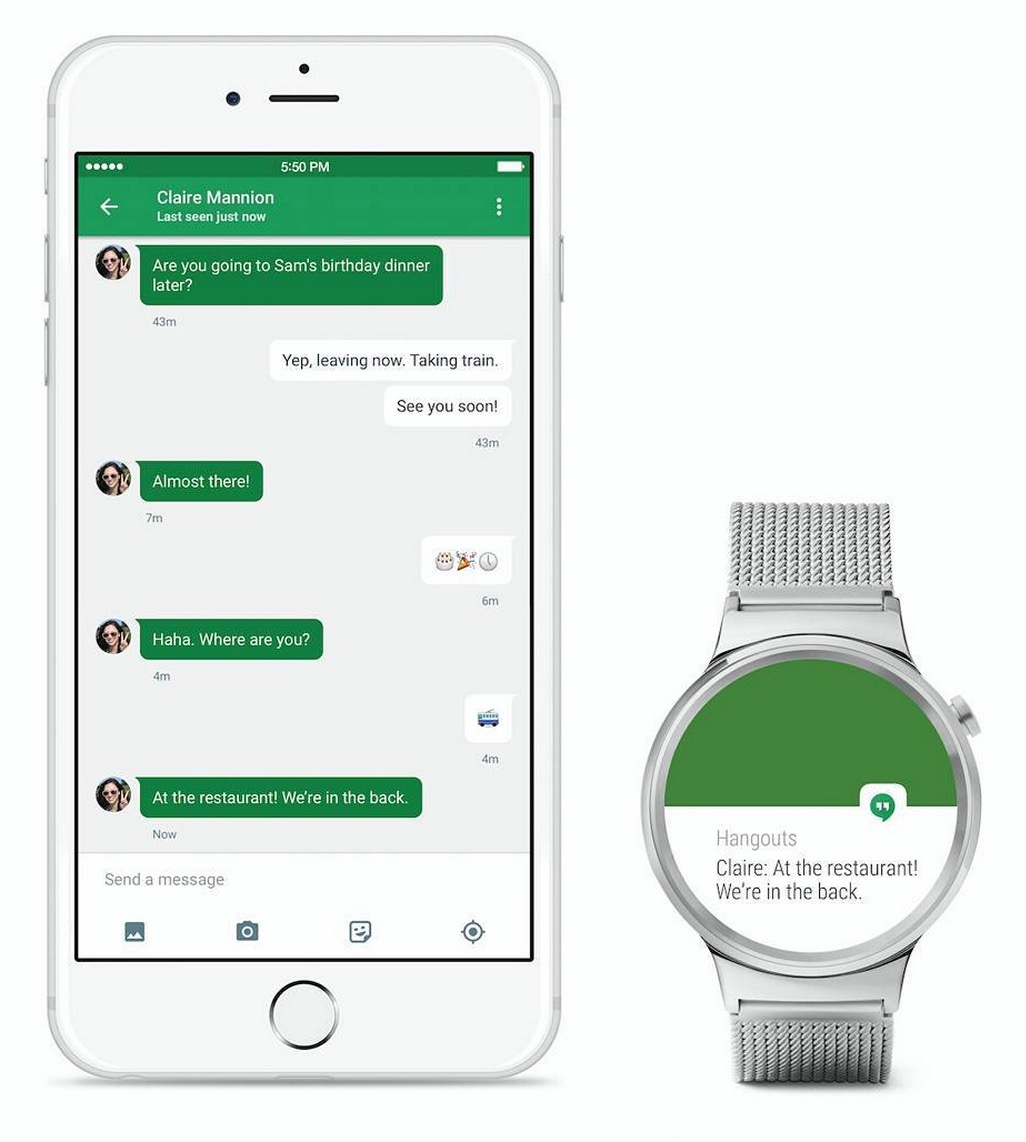 Huawei Watch and the Competition

The Huawei Watch compares well to the Android Wear competition. It looks as good as any other watch. The more expensive options look elegant and fashionable, even though they are a little bulky. Android Wear watches do not  look as nice as expensive mainstream high-end watches, but the Huawei looks beautiful. 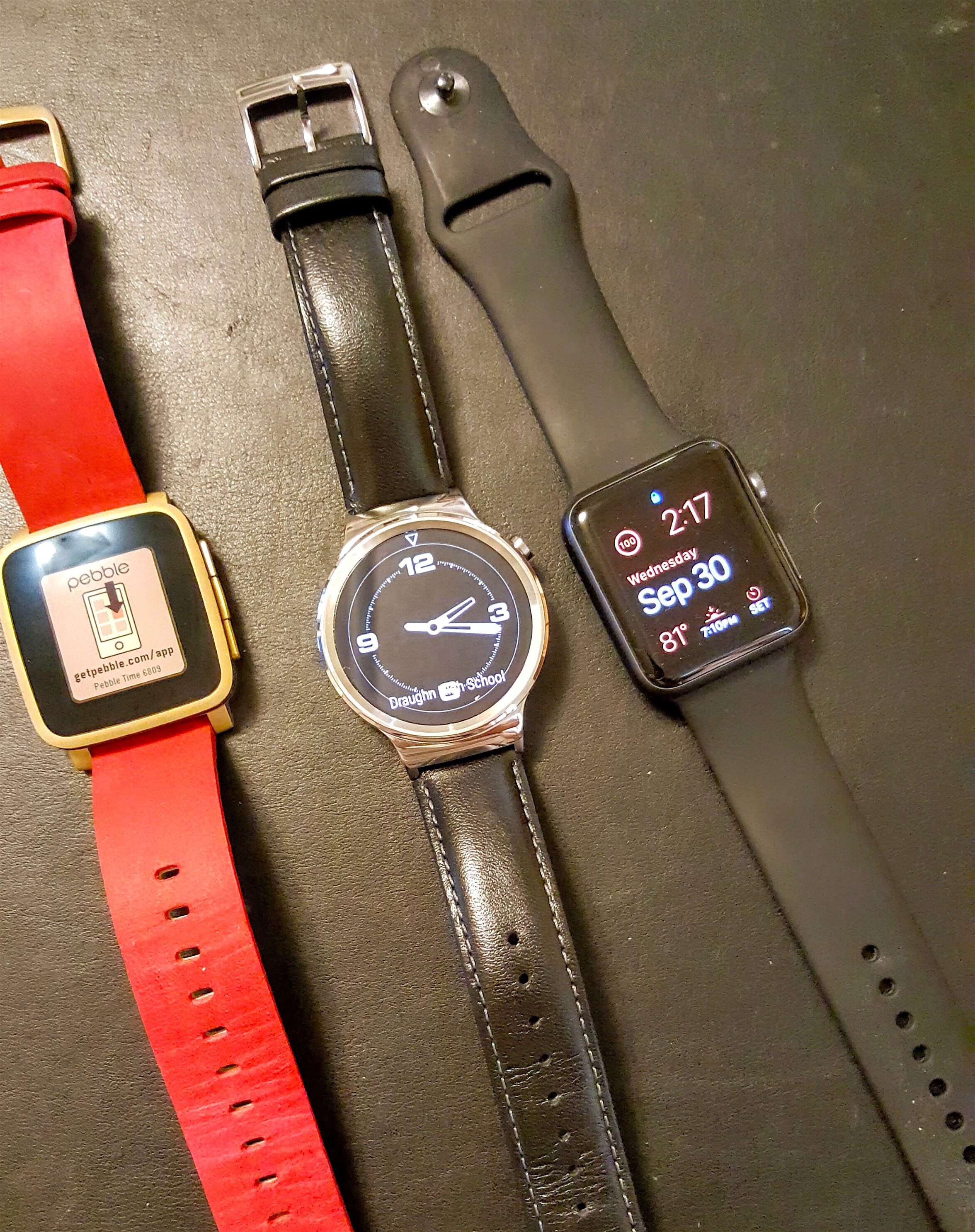 Some people do not like the round design. People who prefer square watch faces will not like the Huawei Watch. However, it seems that more people prefer round to square since they seem to sell better.

The Android Wear landscape offers a lot of options and the Huawei Watch looks like the best in show. It is more attractive, sturdier and comes with better looking design options. It does cost a little more.

How does it compare with the Apple Watch? As stated above, it is slightly thicker and the design makes it look bulkier. Android Wear will work with Android phones and the iPhone. When connected to an iPhone, fewer features will be available (see above for more details). 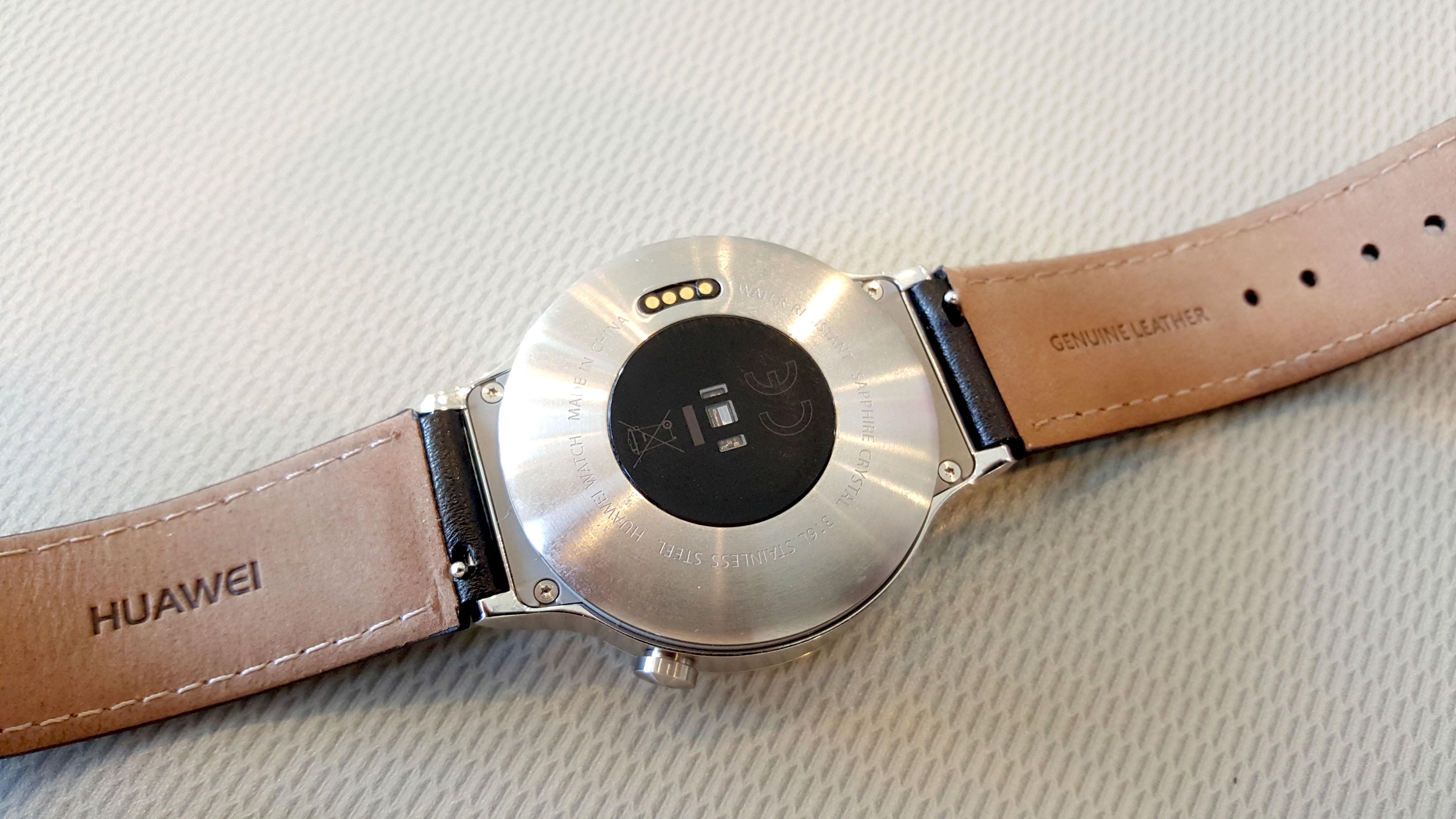 Apple Watch also lets users make or receive calls and talk to people on the watch. The new LG Watch Urbane coming out soon will do this too. Samsung introduced this feature in an early Galaxy Gear watch and still offers this in the Gear S2.

Most people will make the choice between an Apple Watch and Android Wear watch after buying their phones and then getting the watch to match. If you own an iPhone, you will probably prefer the Apple Watch over the Huawei Watch. However, if you own an Android phone, you can not choose an Apple Watch. 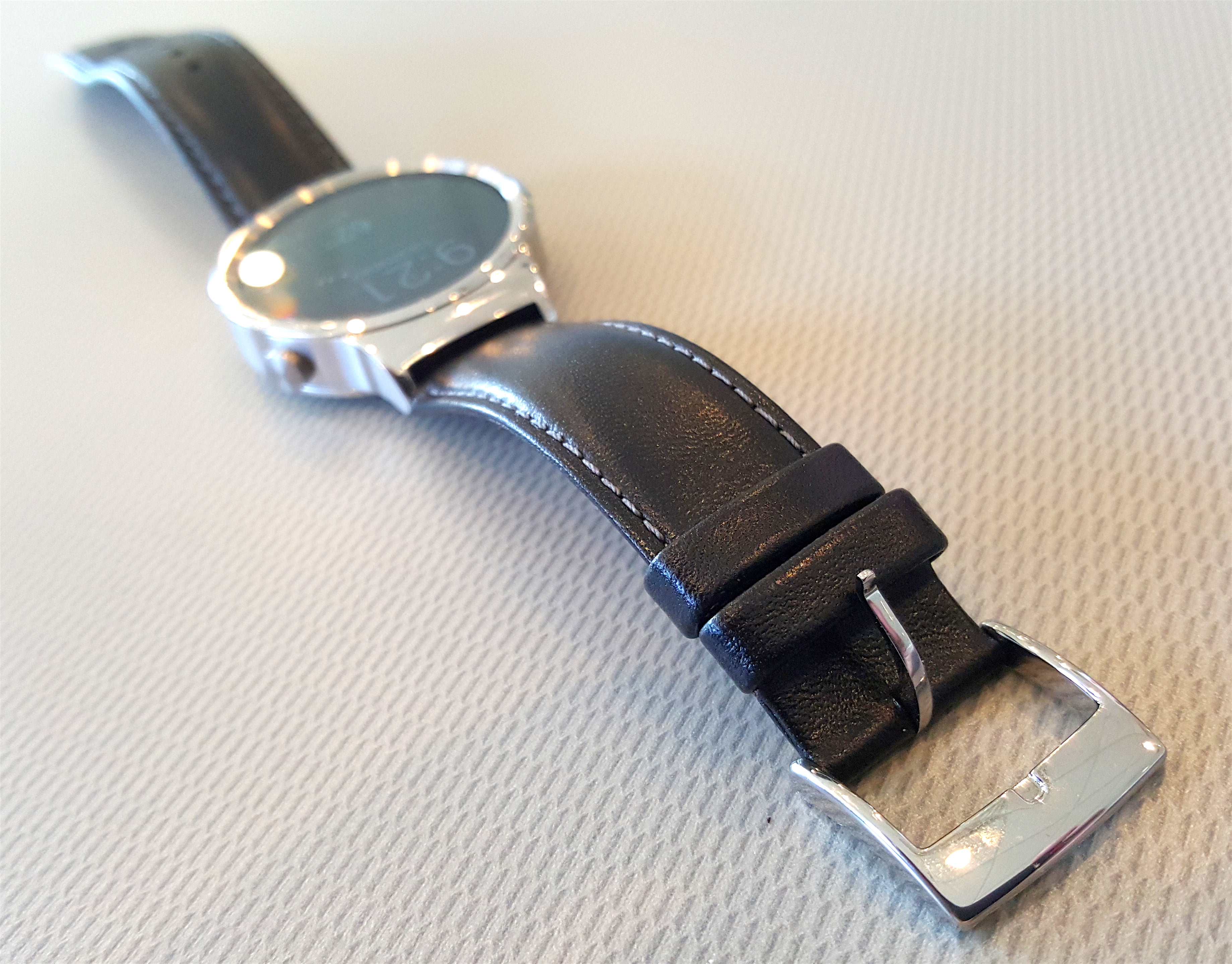 The Huawei Watch currently offers the best option on the Android Wear platform. The Huawei Watch looks elegant and offers great design as well as multiple attractive style options depending on the buyer’s cash flow. Even iPhone owners can take a look. If an iPhone owner prefers a stainless steel round watch, then the Huawei Watch is a usable option at a lower price than the Stainless Steel Apple Watch. Android Wear works well on iPhone, but does not give users the same level of integration. The most important features work fine, including notifications and fitness tracking.

We give the Huawei Watch a hearty recommendation. It is worth paying a little more for this attractive and well-designed Android Wear smartwatch.