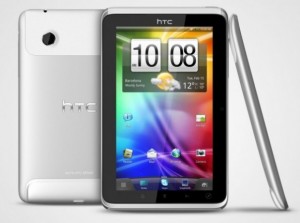 I had a couple of hours or so to kill yesterday so I thought I’d hop over to the local Best Buy and go hands on with the HTC Flyer. I’ve been intrigued with Sumocat’s live coverage as he uses a review unit while on a road trip for business. You know how these sorts of things go. You say you’re just going to look, but before you go you make sure you check your credit card balance just in case.

Well, I got to Best Buy found the device and (surprise) a very friendly sales person who quickly responded to my request to hand over a stylus to check out the Flyer. They left me a lone to research for some time. Of course I was most interested in checking out the Inking features and I have to say I was more than pleasantly surprised at how well it works for note taking. The integration with Evernote is well done and there is no problem with the digitizer and stray marks from your palm or hand resting on the screen.

I had to take a breath as I was feeling a purchase coming on, so I hiked around the store a bit and came back to the device. After working with it for about another 20 minutes I decided not to make the purchase. Here’s why.

So, in the end I decided against the purchase. I think I’m glad I did. Keep in mind that you may find my objections to the HTC Flyer not objectionable at all. But these kind of purchases are very personal ones. At least you can go try the device out for yourself and see how it feels for you.