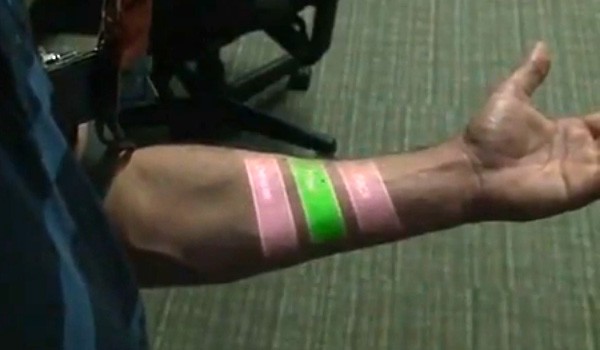 Along with a Mobile Surface concept, Microsoft also has a different kind of touch experience that might make your skin crawl a bit. It’s called Skinput. Apparently touchable armbands worn on your bicep can pick up different touch inputs. Because of differences in bone density, tissue mass, and muscle makeup, unique acoustical signatures can be discerned and recognized.

Although that raises a question, at least in my mind, about the basic differences in humans and how that can be somehow standardized. There’s also a Pico Projector part of this concept that projects various menus and options onto the arm as well. Check out the video. It’s quite touching.