The Wireless Power Consortium launched an independent testing lab so that your future iPhone or Android phone might truly become wireless, even when you charge the device. I can’t wait for inductive charging to become the norm, rather than a futuristic dream for all of my gadgets.

The new lab provides an independent third-party to certify the devices manufacturers submit. TUV Rheinland’s Taiwan facility will partner with the WPC to handle the testing of new Qi Powered products. If approved, consumers will know that a device can be charged without plugging into an AC outlet. The device works by sending a small enough charge to juice up your battery simply by laying the phone on a specially designed surface. The pad on which you lay your phone still has to be plugged in, but you won’t need multiple wires if you have one pad large enough for all your devices. Energizer makes one that will charge two devices at once. 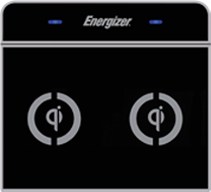 A few manufacturers already announced and use this Qi-powered technology. They include HTC, Sony, LG and more. Other devices can become Qi enabled with an add-on battery or case. The HTC Droid Charge and the Thunderbolt have such an add-on batteries and battery covers available.

The dream is to have a table, desk or night stand with an inductive charging pad built into the surface so that I can walk into my office or bedroom at night and lay my iPad, cell phone and laptop on the surface and they will start charging. Wake up in the morning and the batteries are ready for a full day of use. It would also be nice to have a pad integrated into the dash of my car. Because of the weak battery life of my HTC Thunderbolt, this technology could solve the problem if it becomes pervasive enough.

Below is a video of an inductive Qi-powered charging. As you will see the various batteries are interchangeable, so they will work on an Energizer pad or one from another manufacturer thanks to the standard set up by the WPC.