iAd: Because Apple is tired of giving away apps for free 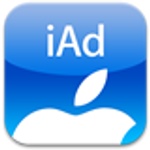 Of the many new features in iPhone OS 4, perhaps the one most exciting to developers is iAd, an in-app advertising system that offers the app maker a 60% revenue cut. But let’s be real: they did it for them, not you.

The problem with apps that make their money on advertising, from Apple’s perspective, is that Apple doesn’t get a cut of that revenue. You sell ad space in your app, that money’s all yours, minus the expenses involved with chasing down sponsors. By introducing their own system, Apple lifts the sponsor-chasing burden from developers in exchange for a piece of the action, but that’s not all.

The iAd ads aren’t just static or animated posters. The intent is that they be interactive, and they look a lot like the promotional apps that advertisers have been giving away for free. You know the ones. There’s the Clash of the Titans prequel comic that gets you caught up with the movie’s backstory. And the Zombieland app that’s a short zombie-based game. Apps like these are pure promotional tools, and the promoters don’t pay more than the annual subscription fee to get them in iTunes. That’s about to change.

Sure, advertisers can still list their promo apps in iTunes as usual, but now they can also load them into your iPhone through an ad-supported app you already have, paying Apple and the app maker for the privilege. That’s a lot more attractive than releasing a promotional app, which itself needs to be promoted to work as a promotion.

I admit it sounds somewhat insidious on one level, but ultimately it brings advertisers and their money to developers, freeing them to focus on making great apps, and that’s good for all of us. Google’s going to have to share their ad revenue with more than carriers and handset makers in order to keep up.

Check out Gizmodo for a full rundown on how it works.