‘Cloud’ is a buzzword that can be confusing and intimidating to some users. The concept of cloud computing might not be anything new to geeks, but it is a new concept to the millions of iPhone and iPad users out there who have used their Macs and PCs as their digital hubs. iCloud is simply a service that Apple runs to make your iPhone, iPad and computer play nicely together.

1) iPhone and iPad No Longer Married to Computer:

With the introduction of iOS 5 and iCloud, the iPhone and iPad are no longer dependent on computers. Sure, you can still shuffle media between your Mac and iPhone with one of those white synching cables, but iCloud means that you don’t have to use your laptop as the mothership for your iPhone or iPad.

Why is this important? Apple regularly publishes iOS updates out to users, but many users go several months without plugging their iOS devices into their computers. This means they miss out on software that can make their devices run smoother and on new features. 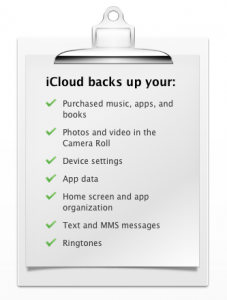 iPhones and iPads often store important and irreplaceable information. Currently, if you don’t regularly plug your iPhone or iPad into your computer you’re at risk of losing photos, contact info and more.

With iCloud, all of the information on your device is automatically backed up wirelessly on a daily basis. In case you break or lose your iPhone or iPad, you can revive all of your information by simply logging into your iCloud account with a new device.

The iPhone is the best Apple device to take photos with, but it’s not the best one for sharing pictures with friends and family at home. Transferring pictures to a computer or iPad now requires synchronizing devices or using third-party apps to transfer the images.

With iCloud, the most recent photos snapped with your iPhone, iPod Touch or iPad 2are automatically available to view on any other iOS device or computer. As soon as you snap a photo, it’s uploaded to iCloud and then downloaded to your iPod Touch, iPhone, iPad and/or computer. 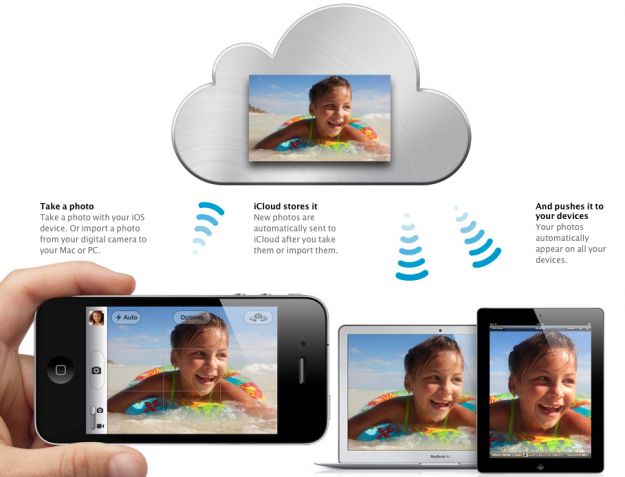 Apple calls this iCloud feature PhotoStream and iPhone and iPad users are going to love this feature. Photostream will make sharing photos simpler and take a lot of the sting out of losing an iOS device with recent photos on it.

Apple charged $99 per year for its sub-par MobileMe service, which had a small fraction of the features found in iCloud. But the company is giving away iCloud away for free, sort of.

The basic iCloud service is indeed free, but it does come with some limitations. For example, iCloud only has 5GB of storage capacity. This should be plenty for most iPhone users, but you might run out of room if your Camera Roll is huge or if you run apps that store a lot of data. Email also counts against this 5 GB cap.

As with MobileMe, Apple will offer additional storage for a fee. 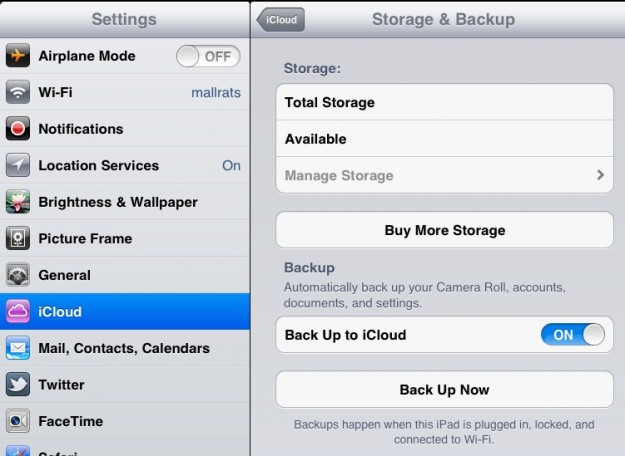 Apple will be charging $25 per year for a service called iTunes Match, which is detailed below.

iCloud will make it easier to get all of your apps on all of your devices. Currently, Apple customers have to manually install purchased Apps on each iOS device. What’s worse is that it can be difficult to find your purchased apps. 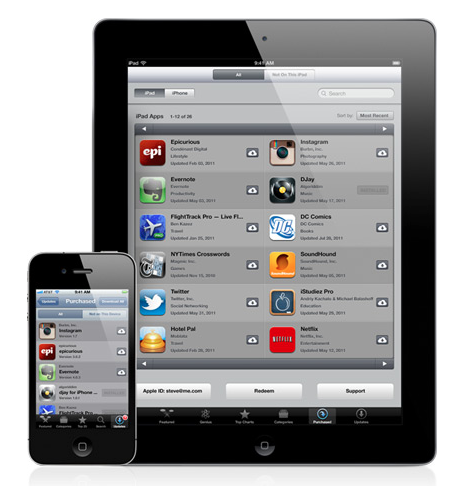 With the introduction of iCloud, Apple’s also introducing a new section in the App Store that displays all of the Apps you’ve already purchased.

To make things even easier, Apple will give users the option to automatically install apps purchased on one device onto all of their iOS devices. This means if your purchase an app on your iPad, it’ll be ready to go next time you head out the door with your iPhone.

6) iCloud Re-unites Users with Past Purchases

Managing digital music collections can be painful. iCloud can serve as a digital clearing house with a feature called iTunes Match.

Some users will find that their music collection is simply too large to fit on their iOS devices. This means a lot of music gets left behind. 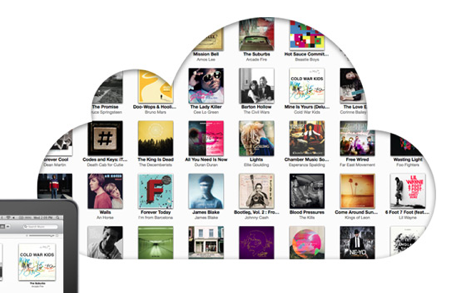 With iCloud, users will be able to match the music they’ve purchased through iTunes, copied from CDs or purchased elsewhere with 1.8 million songs in Apple’s catalog. Instead of uploading several GB with of songs, iCloud will examine your music collection.

If your tunes are available from Apple, you’ll be able to download songs and albums from iCloud whenever you want. You can use up to 10 iOS devices with iTunes Match

If Apple doesn’t find a match for a particular song in its catalog, you can upload it from your computer to iCloud. This means you’ll only need to upload a relatively small portion of your music collection, unless you have an eccentric musical appetite.

iCloud also makes it easy to find and download past iTunes music purchases. This is a great feature and something you can experience today as part of iTunes 10.3.3.

If you’ve been collecting music for several years you probably have a good number of songs that don’t sounds as good as they could. When songs are matched from your collection to Apple’s iTunes catalog, they’ll be available for you to download in high quality (256 Kbps). That number may not mean a whole lot on its own, but it will definitely sound better than the crusty old MP3s you have laying around that were compressed to save hard drive capacity back when we bought drives in MB instead of GB.