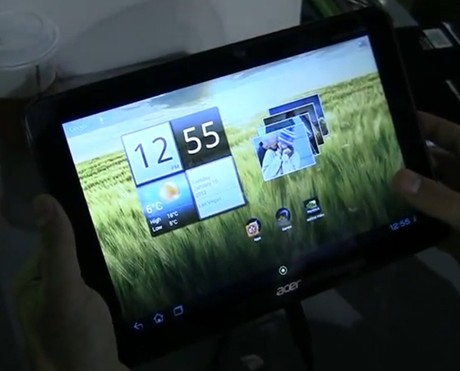 The Iconia Tab A510 is expected to be launched with Google’s Android 4.0 Ice Cream Sandwich platform out of the box. The device will come with 1 GB RAM, Dolby Mobile audio for an enhanced audio experiencing, dual cameras, and 16 GB of internal storage. The device will be a close competitor to rival Asus’ Eee Pad Transformer Prime tablet, which was the first tablet to debut with NVIDIA’s quad-core Tegra 3 processor. The Transformer Prime, unlike the Iconia Tab A510, will also come with the option for a transforming laptop dock that can convert the tablet into a laptop-like form factor complete with an extended battery, additional ports, keyboard, and trackpad.