The Lenovo IdeaCentre A730, also known as Horizon, is the company’s brand new 27-inch all-in-one device that combines a thin design, Windows 8 and Lenovo’s new Aura user interface and an easily adjustable display that Lenovo hopes will make it a compelling device for the home.

At CES 2013 in Las Vegas, Lenovo took the wrappings off its brand new IdeaCentre Horizon, a device that Lenovo is calling a “Table PC.” The device, which Lenovo says is the thinnest 27-inch all-in-one in existence, aims to usher in a new-generation of in-home entertainment by offering a massive display that features ample space for gaming and sharing content like video and photos with friends and family. 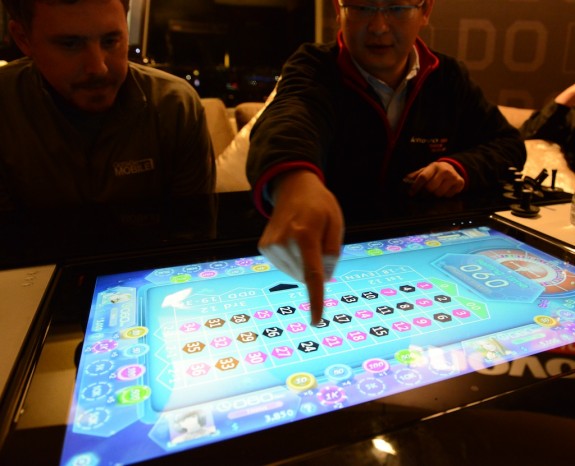 The IdeaCentre Horizon display checks in at a slim 0.9 inches and a plentiful 27-inches which features either full HD (1920 x 1080) or Quad HD resolution (2560 x 1440), both of which translate into fantastic looking video, photos and games. What’s more is that the device offers support for 10-finger multi-touch which means that the whole family can join in on the fun.

Aura allows for multiple users to enjoy content on the screen at the same time. For instance, four family members can play a game of Monopoly after downloading it from the Lenovo App Shop, which Lenovo says will have 3,000 applications to choose from including games, educational apps and more.

Lenovo also has introduced several accessories that will help complement gaming needs. One accessory, called the Lenovo joystick, uses a suction to attach to the screen so users can easily control on-screen characters. It can also function like a paddle during an air hockey game. Lenovo also show cased a pair of RF-like enabled die that can be used for board games wherein the rolls are displayed correctly on the screen.

The IdeaCentre Horizon can also take advantage of Android devices for games like Texas Hold ‘Em. By downloading an application on an Android phone, users can easily look at their cards, place bets, and more from the comfort of a smartphone display. 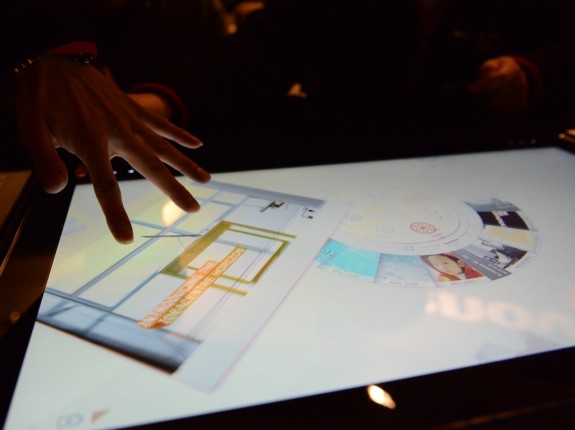 All of this is powered by some serious specifications including NVIDIA graphics, up to 8GB of DDR3 memory, one TB of storage space and a third-generation Intel Core i7 processor.

Lenovo expects the IdeaCentre Horizon to arrive on shelves by summer 2013 with a price point that should start at $1699, making it an extremely affordable option for those looking for an all-in-one device for the home. 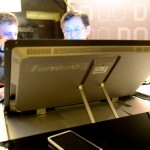 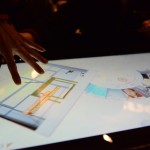 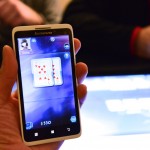 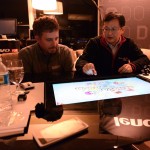 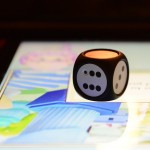 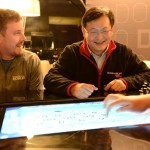 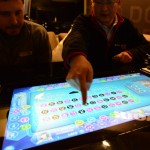 The 27-inch Lenovo IdeaCentre Horizon (A730) all-in-one in action. 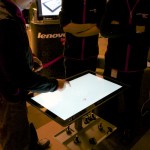 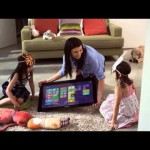