iExplorer is a great utility which browses the file system on iPhone, iPad or iPod Touch. It uses the Finder on a Mac, or Windows Explorer on a Windows PC. iExplorer transfer files to and from iOS devices and gives the user more granular control of all their files.

Sometimes apps download files to the iPad or iPhone that seldom get backed up by iTunes, forcing the user to download them again after restoring an iTunes backup to a device. That’s where iExplorer helps: the user can copy the files from their computer instead of downloading them again within the app.

To test iExplorer, we downloaded a bunch of files inside one app and then backed them up to the hard drive of a Mac using iExplorer instead of iTunes backup. After installing the latest beta version of iOS, iTunes restored the backup created within iTunes before the update. However, as expected, most of those files didn’t make it through the backup/update/restore process. That’s where iExplorer saved a ton of time. Instead of downloading all those files again, which takes about two hours, the app lets the user copy over backup content, which takes minutes. 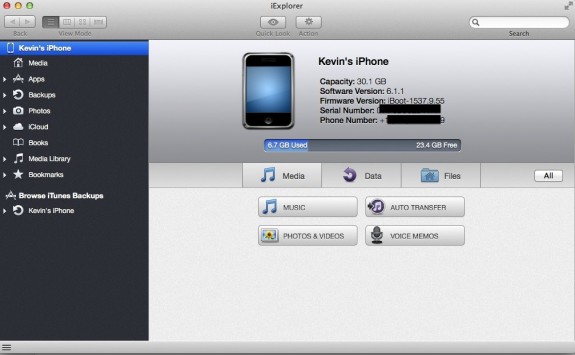 iOS users can buy apps that turn their devices into a Wi-Fi storage device. Services like DropBox or SugarSync also work well for moving certain kinds of content on and off iOS devices. Using iExplorer gives the user more control and complete access to the iOS file system via USB instead of Wi-Fi, making it more powerful and faster. 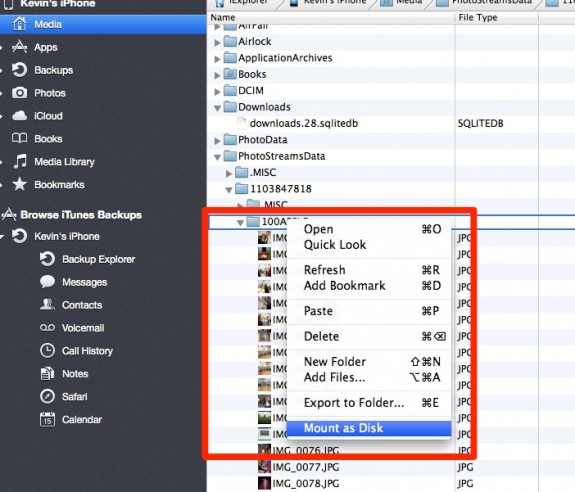 iExplorer browses the contents of iTunes backup files and opens them so the user can see the contents. Get photos or other precious documents out of a backup without needing to restore it to an iPad or iPhone. Pull photos out of a backup from a device that no longer works or that someone else now owns. This alone makes it worth the $34.99 to $69.99 price tag. 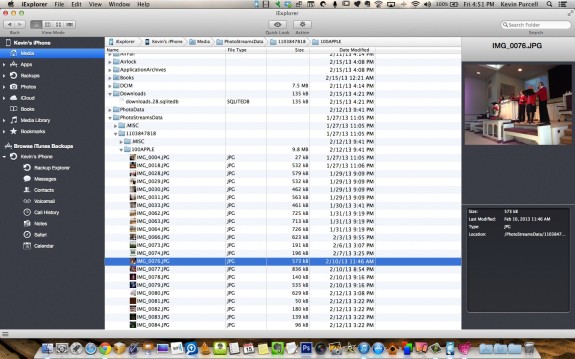 iExplorer works with the following:

The app crashed a few times and acts a bit buggy. It also occasionally freezes the system during file transfers. 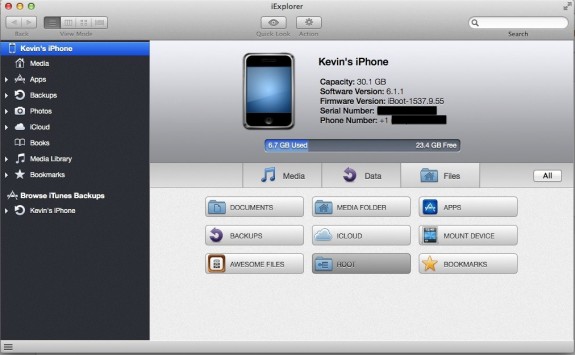 Select the device and look at the three tabs for Media, Data and Files or a fourth called All

In spite of these weaknesses, iExplorer performs a great function for power users, and a test run of the trial version might will convince users to pay the $34.99 to keep using it after the trial expires.