A report from Ad Age circulated yesterday that Apple is working on a system to allow full screen interstitial video ads to auto-play on iOS. We’ve heard this before. The idea is that a video ad would roll during a game transition or at the beginning or conclusion of reading an article. It will happen. It will be annoying. But, it will happen. And the way advertisers work, it will end up interrupting more than just a game transition before all is said and done.

Advertising is the penance we all pay so content creators can pay for the content we want to consume. It is pervasive and appears in every communication medium and makes appearances on things like receipts and matchbook covers. Internet advertising has given an entirely new meaning to the word “pervasive” as consumers want free content and content creators and distributors need to find ways to pay the bills. We passed through an age not long ago where automatic video ads on webpages became popular. That rescinded somewhat due to a consumer backlash. But it made its way back again with a vengeance and is even more obnoxious than it was the first time. 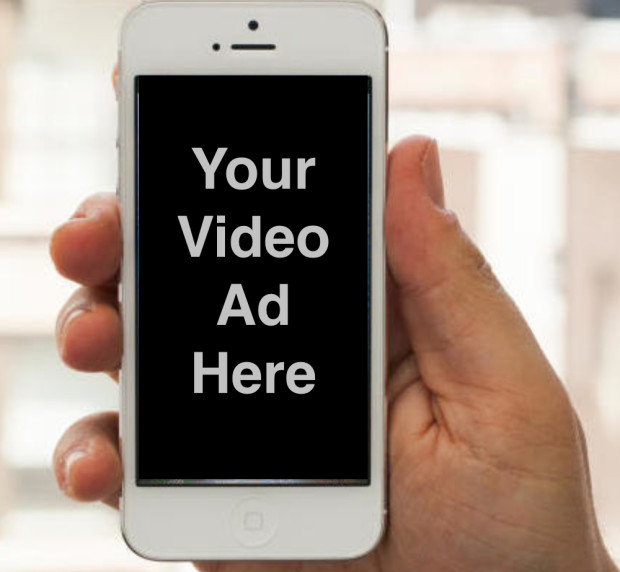 And, now if the Ad Age report is true, we’ll see auto-playing full screen video ads on our mobile devices in places where we only used to have banners that we could click on if we wanted more info. I find it telling that we have auto-playing video ads anywhere. Telling, in the sense that I believe it means no one clicks on clickable ads to see more. But that’s another story about the scam that is advertising in general.

All of this is what it is, because advertisers are like locusts. The will swarm over and devour any space they can to compete for our attention. If a new method of trying to capture our eyeballs is made available, they will take advantage of it, beat it to death, and then move on to the next new thing.

But here’s the difference in the mobile ad age. In print and broadcast media, on billboards, on receipts, matchbook covers and most other methods of communication, the advertisers and the content creators pay for all of the costs of delivering the ads. On our mobile devices we also pay a cost by surrendering a portion of our bandwidth cap to receive those ads whether we asked for them or not. With auto-playing video we’re forced to consume the larger amount of bits that comes with video as we’re forced to view the ad.

There are two interesting factors here. First, the cost. We’re paying to stream and view an ad. Ironically that will occur when we’re viewing content we think is free. Guess who profits on that score? Your bandwidth provider. The carriers might even get a double dip as they charge the sender and the receiver for bandwidth. Second, we all know that ads or any video can bung up a download stream. An ad heavy webpage can bring mobile site to its knees when we’re located in an area with a shaky connection. That will occur to and it will create end user frustration.

Like I said, it is only a matter for time before we see auto-playing video ads on our mobile devices. It was and is inevitable whether we want it or not. But, in my humble opinion the ad creators and content makers should be paying for all of the bandwidth to deliver those ads, not those of us who will be forced to endure them.