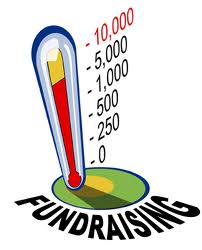 This has been a crazy few days for me in my life as an Artistic Director at Wayside Theatre. Not only do we have work to do on the current and next production as well as running the theatre day to day, it is fundraising season. That means face to face meetings with potential donors and making a pitch. There are also meetings with contacts for those donors to prepare for the pitch. Given out shaky economy, this is not an ideal climate to be raising funds for any cause, much less the arts. But yet, you still have to do the work, nurture the prospects, and make the ask.

This morning, I had three of these meetings back to back, I’ve got one more later this evening. The pace continues briskly through the next several weeks. This year, I’ve been using the iPad as a sales tool, in addition to my smart/super phone (it’s an iPhone 4) for keeping things organized and moving along. This morning was hectic, not only was I running from meeting to meeting, but I was receiving phone calls from board members with last minute info that they wanted included in the pitch, as well as requests for more info on other topics. Just about any smart/super phone can allow you to handle most of those chores, but the one feature of the iPhone on AT&T that I was glad to have this morning was the fact that I could stay on a call while I was looking up information or making notes. Quite honestly, I haven’t had need of that feature much until today, but it came in quite handy.

Most of our information on a client is stored in a database, but we export that into a spreadsheet that I access via QuickOffice Mobile Connect Suite for the iPad or Documents To Go. Both offer access to Microsoft Office documents that I store on Dropbox. I go back and forth on these two Apps quite a bit and really don’t have a preference. Both keep adding features and improving. Eventually I’ll probably choose one over the other but since I’m accessing the info in both via Dropbox and I’ve already made the investment in both Apps, I’ll keep going back and forth for the time being. This morning something weird happened and I hope it is just a temporary glitch. I fired up QuickOffice and couldn’t connect to my DropBox account. I was able to do so via Documents to Go with the same account and credentials, as well as several other Apps, but not through QuickOffice. When I got back to my office and began this blog post, I also noticed that the QuickOffice website seems to be down currently. So here’s hoping there’s not a big issue there as I know QuickOffice has a pretty large installed base on different platforms. In any regard, it made me glad, I could access and use the data on another App. I guess a backup plan can come in many flavors.

I’ve also been using the iPad to show off our presentation to prospective donors, and there is a “wow factor” that goes along with doing so. That “wow factor” is a great ice breaker and conversation starter as well. That said, that “wow factor” requires a minute of two of screen cleaning before entering the meeting to make sure the device doesn’t have fingerprints all over it. I made that mistake once years ago on a Tablet PC, and learned that lesson well. I’ll be grateful when Apple rolls out the iOS 4.2 update so that I can toss (read hide) some Apps into folders. There’s nothing that can derail the momentum of a pitch than a client deciding to play Angry Birds on your iPad. One other downside of using the iPad this way is that the “leave behind” materials just can’t match up to the power of a presentation on the iPad. I’m using Keynote for the presentation. Typically we leave behind a CD with the presentation on it, or a paper copy, (we carry both). We spend some time making the presentation available on the CD in both Powerpoint or Keynote, and find that most of the folks we are talking to use Powerpoint. That requires some editing and fixing, but that’s not really a big deal in the grand scheme of things. But you can just tell that there is a disappointment factor appearing when you hand off the CD. I have to say, I’m practically embarrassed to leave a paper version behind anymore, and hate when I have to do so.

Now, if only I could get these devices that help me orchestrate and do the work to actually close the deal, I’d be really happy.