If You Intend on Reselling Your Smartphone, You Should Plan on Upgrading to iPhone 5S, 5C

Consumers who resell their old smartphone models when they plan on upgrading to a new smartphone should consider the iPhone 5S and iPhone 5C models from Apple when those rumored devices become available this fall. According to the latest research by Gene Munster of Piper Jaffray, Apple smartphones continue to hold better resale value than their Android counterparts with smartphones from popular electronics-maker Samsung commanding less in the used market than Apple’s iPhone.

READ: Where to Sell the iPhone 4 and iPhone 4S for the Best Price 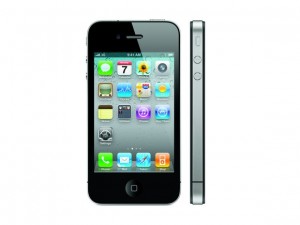 In fact, Apple Insider reports that Munster’s examination of the value of 50 phones on the second-hand market shows that the iPhone 4’s recent resale value has actually increased by 10.31 percent on the eBay marketplace. That phone model was available for purchase on June 24th, 2010.

In contrast, Samsung’s newer Galaxy S III smartphone had actually dropped in value by 27.32 percent. That model was Samsung’s flagship smartphone from just a year ago.

However, not all models of smartphones from Apple saw an increase in resale value. The iPhone 4S dropped in value by around 12 percent while the iPhone 5 dropped by about 4 percent, though neither of Apple’s recent phones saw as drastic a decrease in value as Samsung’s.

The interesting part about Munster’s research is that the iPhone 4 is actually holding in value quite well at a time when Apple may be close to discontinuing the model. In recent years, Apple had started a trend that would offer the current year’s flagship alongside with a discounted model from the previous year and also a free model with a two-year contract for a model from two years prior. With the iPhone 5S, if Apple continues that trend, the iPhone 4 would be discontinued and the iPhone 4S would be offered for free alongside the flagship iPhone 5S and a discounted iPhone 5.

However, this year, Apple is rumored to be offering an entry-level iPhone 5C, rumored as Apple’s low cost offering. It’s still uncertain how Apple will revise its product offering to accompany the iPhone 5C, though it’s been rumored that the company may discontinue the iPhone 5 and iPhone 4S when that model debuts.

And given the historic trend of Apple smartphones holding better resale value, consumers may still want to consider an iPhone as their next smartphone upgrade if they intend on reselling their old phone to finance the purchase of a new phone when it comes time to renewing their contracts.

“The residual value of an iPhone stays so high, and there is so much demand for it, and that makes the trade-in programs more lucrative to a win-win from many points of view,” Apple CEO Tim Cook had told investors in the company’s most recent earnings call.