While Apple still has not announced its smaller form factor tablet that’s been dubbed the iPad Mini, reports online are suggesting that Apple’s component suppliers are facing supply constraints. For consumers, this means that they should–if they are looking to buy an iPad Mini right away–preorder the tablet as soon as its available for preorder, or else they can expect to face delays as Apple tries to sort out its supply problems. This is typical for Apple’s mobile product launches. With the iPad and iPhone, delays are the norm when these devices launch, and the iPad Mini will be no exception to this rule. 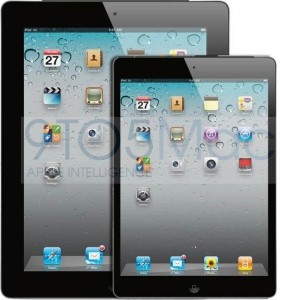 According to two separate reports on Digitimes, Apple may be facing supply constraints on two fronts. The first supply constraint deals with the displays for the iPad Mini, which are currently being manufactured by LG Display and AU Optronics:

Apple is expected to ship 9-10 million units of the new tablet in the fourth quarter, but it remains to be seen whether AUO and LG Display – the other panel supplier for iPad Mini – can meet the target, the sources said.

A goal of five million panels for iPad Mini was set for the third quarter but later had to drop to one million due to low yield rates, with LG Display and AUO comprising 60% and AUO 40%, the sources said.

The display size is expected to be 7.85-inch and sport a resolution of 1024 X 768 pixels, or the same as the iPad 1 and the iPad 2. Apple went with a higher resolution Retina Display for the third-generation iPad.

The second supply constraint deals with the chassis, or the frame, of the iPad Mini. It’s been suggested that Apple will release a standard silver aluminum color–standard with today’s iPad models–as well as a black version like on the iPhone 5. The black version may be particularly troublesome to manufacture as Apple may be trying to explore how to make the anodized version less prone to scratch as there has been reports of scratching issues with the iPhone 5.

Along with the latest market rumors indicating that Apple is likely to unveil the much speculated iPad mini on October 17, sources in Apple’s supply chain in Taiwan are also indicating that shipments of the iPad mini tablets are not smooth at the moment due to low yield rates at chassis makers.

Apple’s iPad Mini will launch in a competitive market with $200 Android-based tablets, like the Amazon Kindle Fire HD and the Google Nexus 7 tablet. Apple’s tablet is described as thinner than the Android counterparts, but will have a slightly taller footprint due to the 7.85-inch display, rather than the 7-inch screens on competing models.

In a separate report, the Wall Street Journal has reported that Apple has begun mass production of the smaller size tablet, but it is perhaps the component shortages that has seen the release date being pushed back. The tablet is expected to be announced this month and may be in stores by the end of the month. Recent parts leaks suggest that there will be a 3G/4G model as well as WiFi model due to the inclusion of a nano SIM tray, similar to that on the iPhone 5.

As with all Apple products, if you must have the item right away, be prepared to preorder, else component shortages may quickly push back shipping times to a few weeks. With the launch of the iPhone 5 in the U.S., the device sold out in a period of an hour and customers who were not able to preorder in the initial batch had to wait a few weeks for Apple to ship, else they could stand in line at Apple retail stores and hope that local stores were receiving limited daily inventory for sale each day.