It took a massive loss for Nintendo to understand the need for digital downloads,; but the company still chooses to ignore the iPhone and iPad as a gaming platform.

Instead of embracing the iPhone 5 as an opportunity to sell Super Mario Bros games for the iPhone and iPad, reaching 365 million iOS device owners, Nintendo will pin its hopes on the Nintendo Wii U and the Nintendo 3DS.

Nintendo customers will be able to buy the New Super Mario Bros 2 via a digital download or at retail on the same day starting this summer, including via prepaid cars which retailers can set their own prices for. The strategy will carry over to the Nintendo Wii U when it launches in late 2012.

The Nintendo Wii U is a new Wii console that incorporates mobile tech to the gaming console.  The Wii U controller  has a 6.2 inch touch screen for playing Wii games while the rest of the family uses the main TV, but without the Wii U, the Wii U controller is essentially useless. 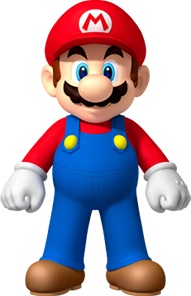 The Nintendo Wii U controller looks like the perfect mobile gaming tablet, thanks to controls on the sides, but it is a glorified controller, not an iPhone or iPad replacement.

Nintendo is adamant that the Mario will never come to the iPhone, arguing that Nintendo is at its heart a hardware company that also makes games. That’s great, but as a Nintendo fanboy I’m disappointed in the decision and the direction of a company I’ve grown up with.

There’s no room in my converged gadget life for a dedicated ‘Mario’ gaming system. I would pay obscene amounts of cash to play Mario on my iPhone without the need to jailbreak and pirate games.

Would you buy Mario on the iPhone?