The first device, the iHealth Wireless Smart Gluco-Monitoring System is a small device to help diabetics better keep track of their blood glucose levels. Like a typical glucose monitor the iHealth device uses a small test strip to analyze the level of glucose in a drop of blood. 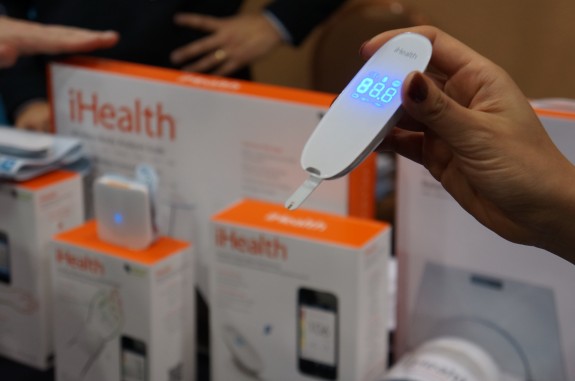 The iHealth Wireless Smart Gluco-Monitoring System will display information on the device itself, but it will also sync to the user’s iPhone or other iOS device. The iHealth MyVitals app can store up to 500 total readings so users can see patterns in their glucose levels over time.

The app can also remind users to take medication or replace expired test strips with minimal effort from the user. 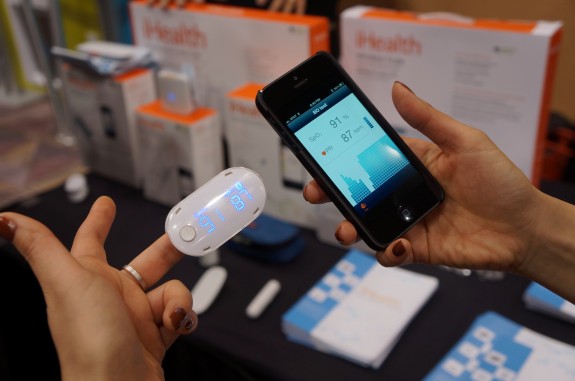 The iHealth Pulse Oximeter is particularly useful for athletes who need to track blood oxygen levels over time as they train. The device is also helpful for people with asthma and many elderly people.

iHealth expects both devices to reach the U.S. market in the second half of 2013 pending approval from the FDA.

The FDA hasn’t approved either device yet, however. Because they lack FDA approval doctors can’t use either device in their practice. If they do come to market without FDA approval only average people can use them, but they cannot be viewed as medical devices.

iHealth hasn’t yet announced prices for either device.