We’re finally starting to see Lightning docks and charging accessories, but the iHome iDL45 is one of the first full-featured docks. 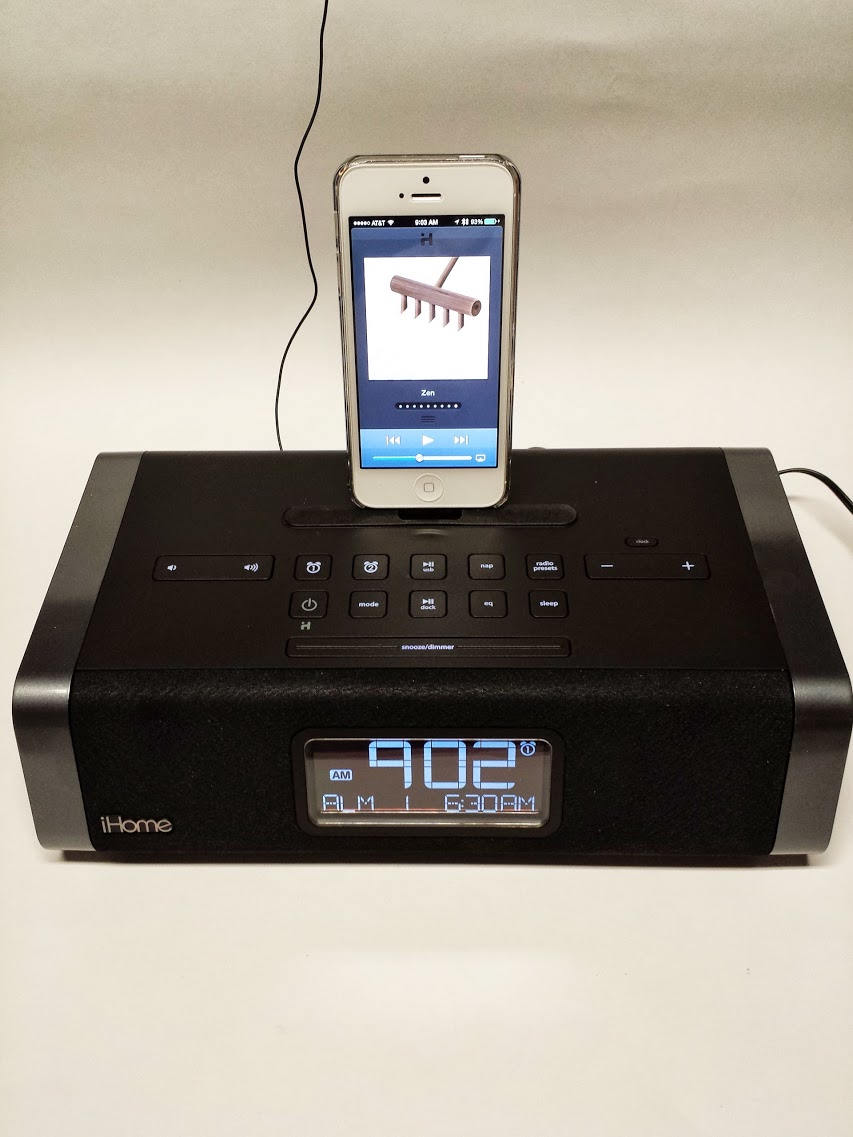 iHome Audio put a ton of features into the iHome iDL45. Here’s a list of what’s included: 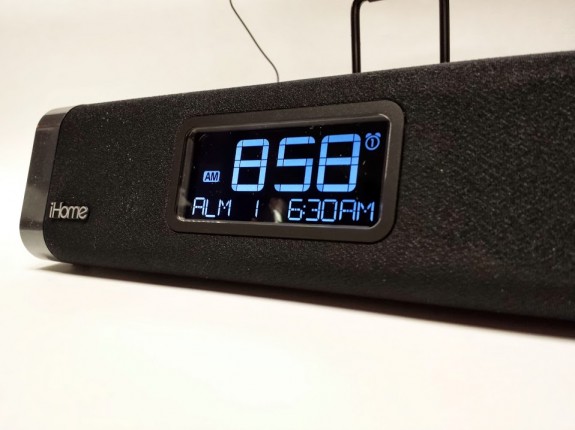 The iHome iDL45 comes packed with features. Being able to charge two devices saved us space on the wall outlet and our nightstand. The stereo input on the back expands the speakers to allow non-iOS audio devices to use it, like Android phones.

The large display makes it easy to see the clock across the room. The snooze button also will dim the display to make it less annoying in a dark room.

The iHome iDL45 sets up easily. Set the time by inserting the iOS device and hit the clock button. This syncs the time from the device to the dock, keeping them in sync. 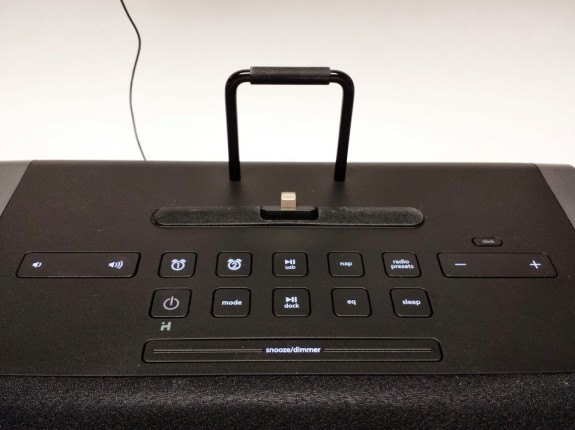 We like the programmable snooze, sleep timer and the gradually increasing or decreasing volume of the alarm or sleep timer.

The dock controls iOS devices whether we plug them into the USB port or the dock on top. The user can quickly change between them to play music from either device. The on dock controls will play/pause/skip the audio. 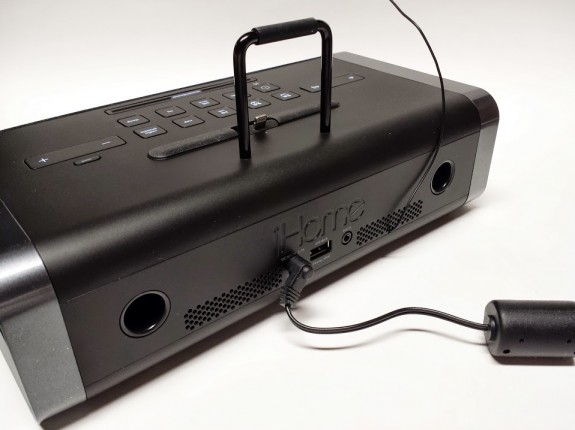 The audio of the iHome iDL45 could sound better. It’s extremely loud but a bit tinny. We fixed it a little by changing the equalizer in the iHome Set app to raise the level of the base, but it still sounds average at best.

The dock comes with a massive wall wart power supply. We wish they’d fix this so that we could plug it in without blocking other outlets. 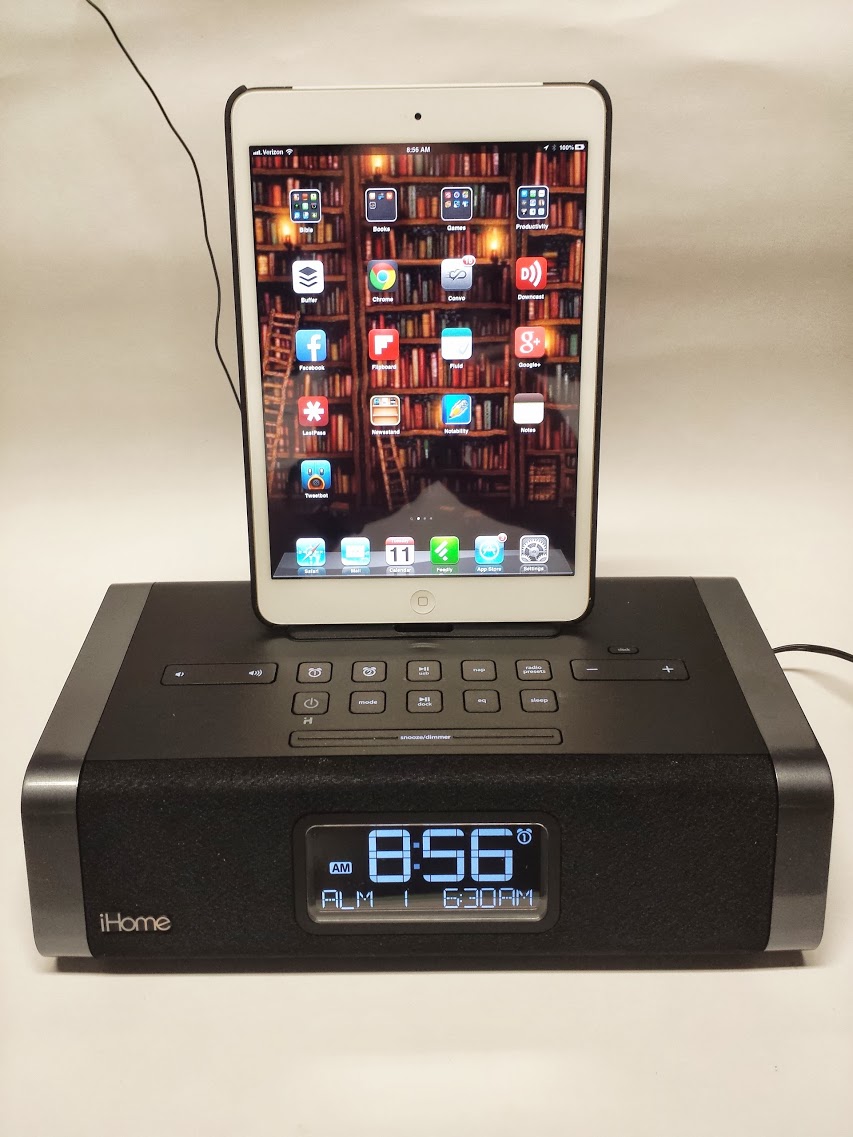 With crisper and cleaner sound, we wouldn’t heistate recommending the iHome iDL45 event at $100. However, we know that most people don’t use an alarm clock as their primary listening tool. It’s nice to wake up to music instead of a blaring screeching alarm. Because of the great convenience and lots of features in a fair price, we still don’t mind calling this one a buy.