The iHome iDM12 Rechargeable Bluetooth Speaker System is a small portable Bluetooth speaker system that works with any iOS device as well as Bluetooth enabled notebooks or smart phones. It offers portable audio with decent sound quality that is truly wireless – as in you don’t even have to plug it into a power socket if you charge up the battery. This makes mobile audio a breeze due to its compact size, decent quality, and ease of use. We could see this being a simple audio solution for playing audio with your friends at picnic or for use in a board room PowerPoint presentation with audio. 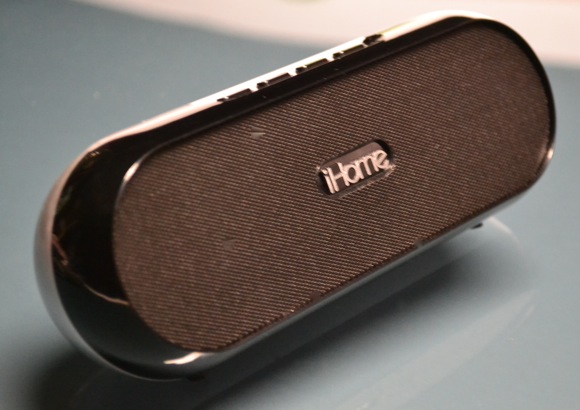 The primary concern for any speaker system is sound and the iDM12 delivers so long as you are not looking for something to replace your multi-thousand dollar sound system. We tested the speakers out playing everything from video to various kinds of music and spoken word podcasts and books. All of them sounded decent considering the small size. The iDM12 has two active speakers and one passive radiator powering the sound, which is quite loud. 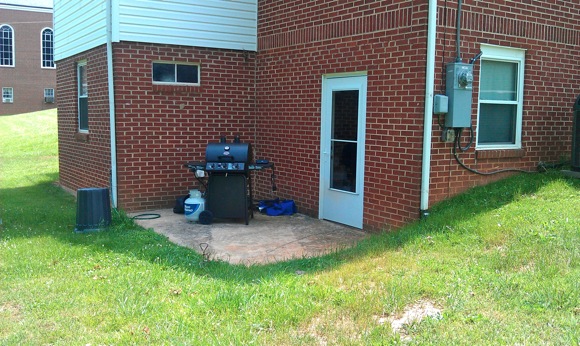 We took the iDM12 outside and walked halfway across our backyard and the sound was loud enough at about half level to still hear clearly. There wasn’t a lot of ambient sound in our yard that day, but there were enough birds chirping to give the speakers some competition. Turning them up all the way will result in plenty of volume. 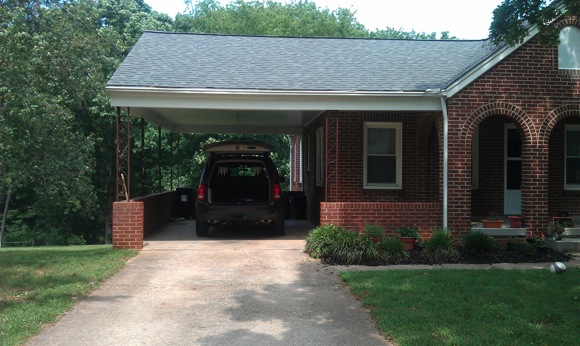 There was a little distortion at full volume while playing some loud rock music. We turned down the volume just a little bit and it went away.

Serious audiophiles will not be satisfied with these speakers, but the rest of us should be pleased. The 80s big hair rock and the more up-to-date Christian rock we played sounded good. More ethereal music like classical sounds decent. Highs are clear and there is enough bass to satisfy most who like that sort of thing. In fact the speaker system vibrated enough to scoot across the aluminum case of our MacBook Pro when playing some rock music while it rested on top of the computer’s wrist rest.

The iDM12 speakers look like a round tube when the iPad stand is attached to the front of the system. The stand comes off to reveal the actual speakers with the iHome name in the center. Above the name is a pair of LEDs. The green light is solid when it is on but unplugged. When you plug it in it will be solid only if the battery is fully charged. The amber light glows when it is in pairing mode. It flashes until it is paired and then turns solid for a moment before turning off. 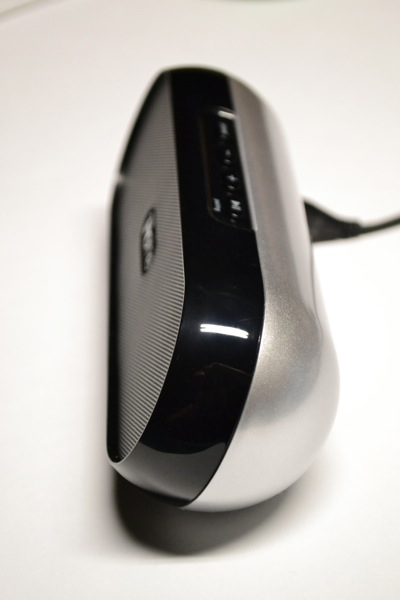 The size is perfect for carrying around in a large computer bag or backpack. It is almost small enough to slide into big pockets, but this would get awkward.

On the back there is a flip out stand that keeps the iDM12 upright while in use. There are buttons on the top of the iDM12 – from left to right there is a Power button, volume down, volume up, play/pause. 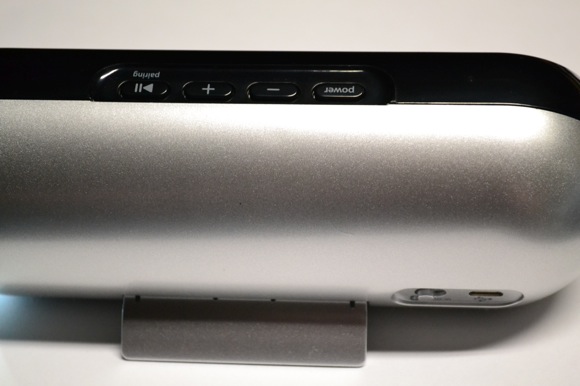 On the back is a switch which changes the speakers from Bluetooth mode to Auxiliary mode. Next to that is a micro-USB port. The included cable has the micro-USB connector on one end and a full-size USB and 3.5mm stereo jack on the other side. The stereo jack allows you to plug the speakers into a non-Bluetooth audio device. We tested the jack on a few different devices and the audio sounded great – even better than the Bluetooth audio. 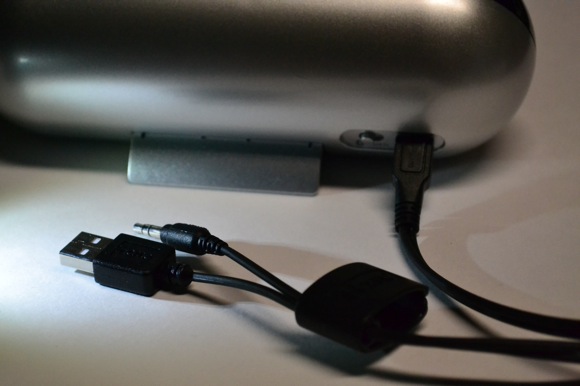 On the bottom are two rubber feet to keep the speakers from moving too much. As we said above, they aren’t totally skid proof since the bass made the iDM12 speakers wiggle enough to scoot across the aluminum case of our MacBook Pro.

The design is compact and weight is light making it a good mobile solution. Like most iHome products the iDM12 is not at all cheap feeling. It should hold up to normal use.

The controls on the top of the iDM12 speakers work with a few issues. First, the power button has to be held down for a couple of seconds before it turns on. Second, the play/pause button will control the sound of your A2DP Bluetooth Audio enabled device. Pressing it plays and pauses the audio or video, but there is a slight lag before it reacts. This is a minor issue and you can get used to it.

Pairing the speakers is done by doing the following: 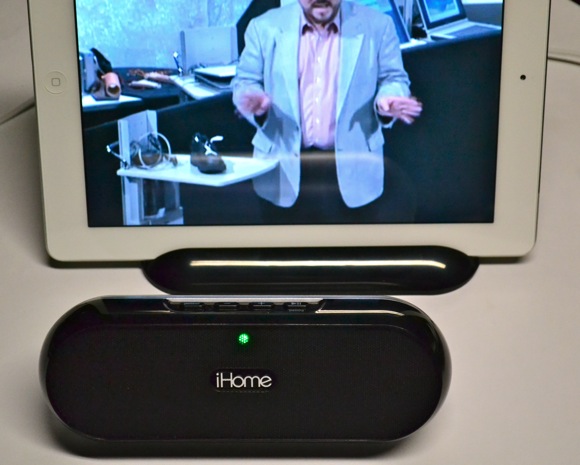 On my iPhone, iPad 2, Android HTC Thunderbolt and MacBook Pro, the pairing worked well so long as I remembered to follow the above steps. One issue we faced was trying to switch the iDM12 from Bluetooth to Auxiliary mode while the power was on. It wouldn’t switch modes until we powered off and then flipped the switch and then powered back on.

The Bluetooth connections were solid. I tested the distance and you can see in the above the pictures of the iHome outside my house how far I got from the device before it started to drop signal. Also, I took my phone into another room and the connection to the speakers stayed strong through one wall. Two walls caused it to drop signal. 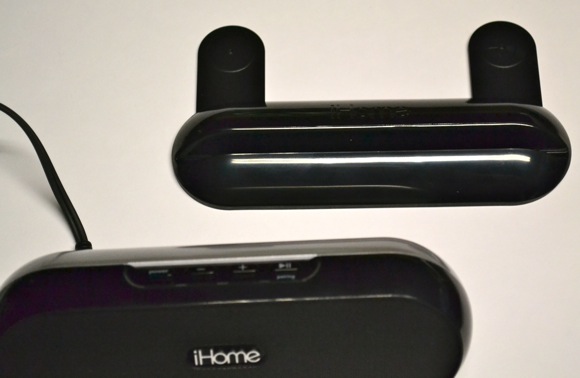 The part that connects to the front of the iDM12 comes off to turn into an iPad stand works well. It stays put when you store the device. It removes easily and with the feet rotated out it holds the iPad just fine in both portrait and landscape mode. Landscape mode is more sturdy than portrait mode, so don’t tap the screen too hard when the iPad is in portrait mode. Both the original iPad and the iPad 2 fit and work fine. 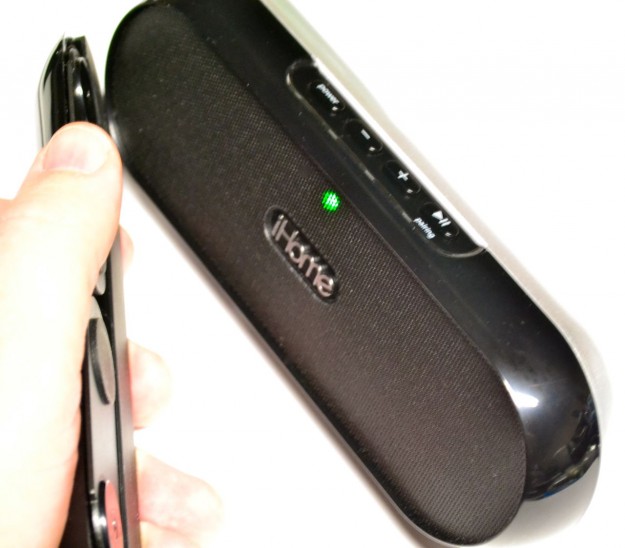 The small flip out stand on the back of the iDM12 that holds the device itself up works great. It is recessed enough to keep it from getting hooked on something in your bag and being pulled out or off.

Battery life on the iDM12 speakers is great! iHome didn’t advertise what to expect so we were not sure how long they would last. The first time you use the system they recommend charging for up to eight hours before use. It didn’t take that long for the full-charge solid green indicator light to come on saying we were finished. We paired an Android phone with the speaker and played some audio via Bluetooth. We started this about 3 PM and by the time our smartphone battery was winding down the speakers were still going strong. The speakers lasted for many hours on day two and at this point still is not showing the flashing light indicating a depleted battery. All day battery is a plus. The iPad promises and delivers about ten hours. These speakers will keep up without a problem. The battery is built in and not one you can replace.

The device works with any Bluetooth device that supports A2DP. As we said we tested it with an iPhone 4, iPad 2, MacBook Pro and HTC Thunderbolt Android phone. All four devices worked great with the iDM12 speakers.

If you don’t have a Bluetooth device, you can still use the iDM12 speakers via the 3.5mm jack. We only tested a few devices, but all of them played audio through the cable just fine. 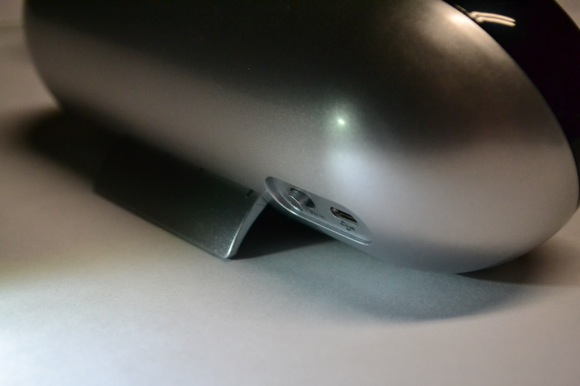 We think the iDM12 is a good value and wholeheartedly recommend it for your mobile Bluetooth audio playing needs. It is versatile.

It is light and small enough to be easily mobile and the sound is decent. We really enjoyed using it. They are perfect for a long day at the beech playing music from your smart phone or for hooking up a computer to a projector and playing movie audio through the speakers or for any other presentation audio in a small room of 10-20 people.

You can buy the speakers directly from iHome for $69.99. The best price we could find elsewhere was TigerDirect for $61.99.