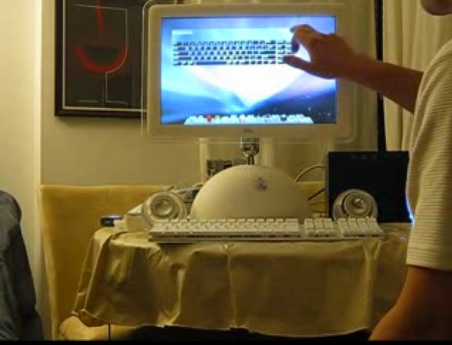 It wasn’t the most popular of iMac designs, but I still think the iMac G4 with its swiveling, maneuverable display was the best of the bunch. Jon Berg seems to agree, as demonstrated on his Dremel Junkie blog where he’s showing off one he’s modded with a touchscreen and Windows 7.

To emulate the look of Mac OS X, he’s using RocketDock with Apple icons. Also, he’s stated he’s only using Windows 7 for the testing and plans to eventually swap out with a Mac Mini. I would say he’d be missing out on the touch features in Windows 7, but his touchscreen is resistive single-touch, so he’d only be missing flicks, not gestures, and even that depends on his touchscreen setup. Regardless, a maneuverable touchscreen display is a great desktop idea.